Police: Man arrested after saying he fired over 130 shots on July 4 in Brooklyn Center 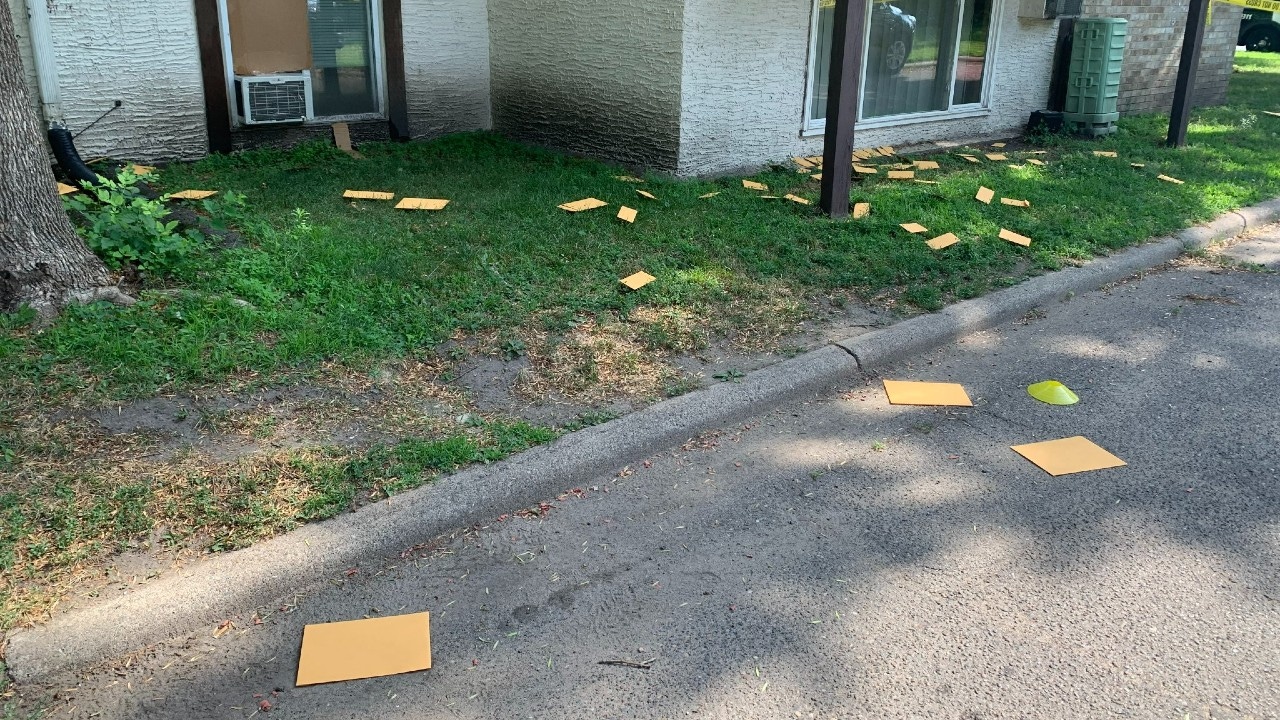 A man who claimed responsibility after more than 130 spent casings were found outside an apartment complex in Brooklyn Center was arrested Thursday.

According to Brooklyn Center police, officers were called to the area of 53rd Avenue North and Russell Avenue North on Thursday morning after a caller reported many spent casings on the ground near the building. When officers arrived, they found more than 130 spent casings from at least three different guns.

While at the scene, a man who lived at the apartment complex told officers he had fired the rounds with his family on July 4. He was then arrested and cooperated with officers.

While searching the man’s apartment and vehicle, officers found four guns and dozens of rounds of ammunition.

It’s the second time this week that officers have recovered more than 100 spent bullet casings near an apartment in the city, after dozens were found following a reported shooting on Wednesday morning.