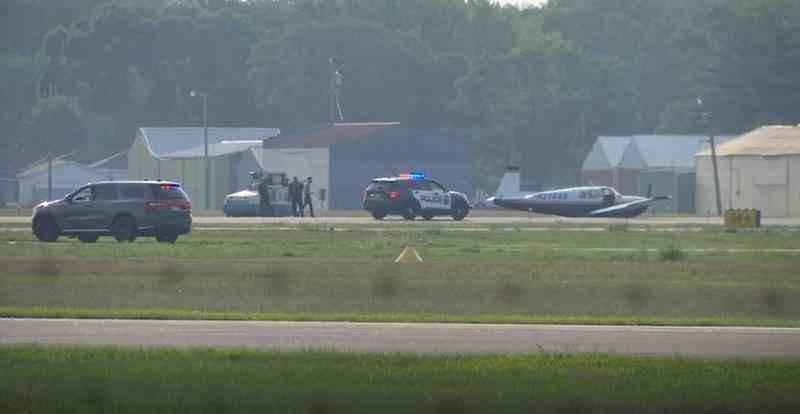 Emergency personnel are seen at Crystal Airport on the morning of Wednesday, Aug. 18, 2021.[KSTP]

Emergency personnel responded to Crystal Airport Wednesday morning after a small plane landed on the runway without its landing gear down.

West Metro Fire said the plane’s pilot reported there were no injuries but there was smoke in the cockpit.

Crystal Police and West Metro Fire confirmed the pilot wasn’t injured and found no smoke or fire when they arrived.

The Metropolitan Airport Council and the FAA are now investigating.