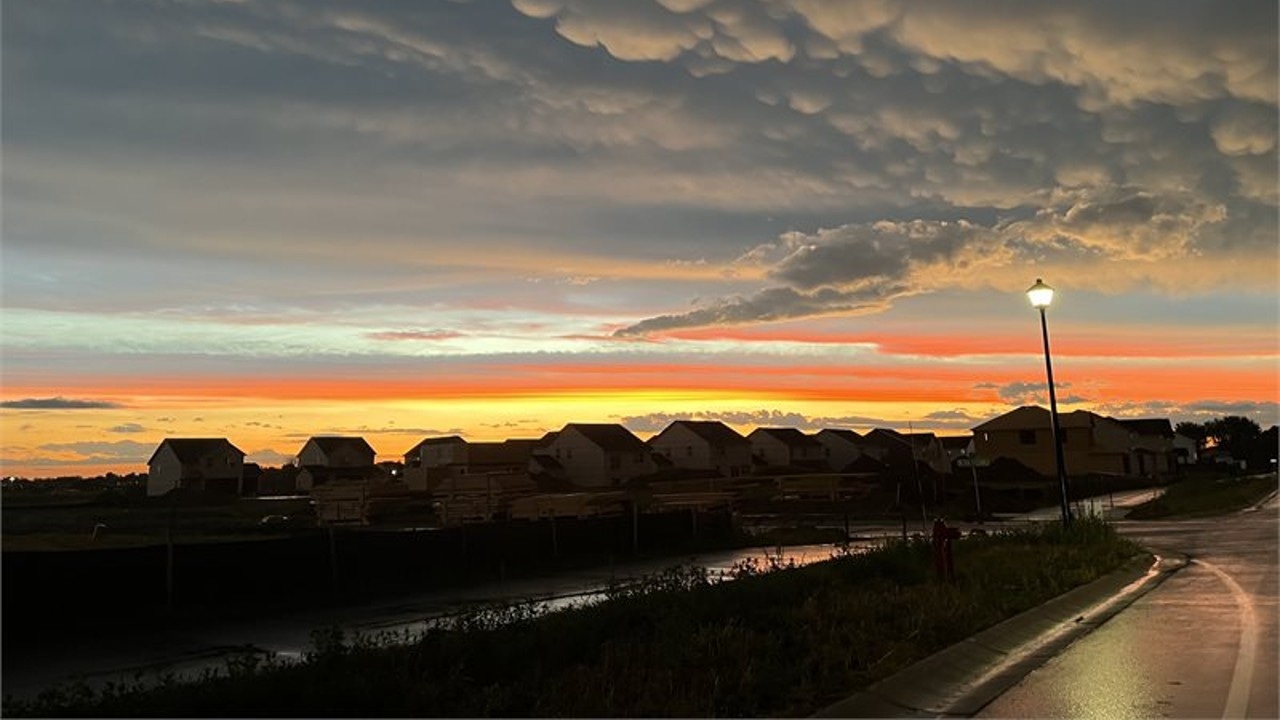 After the rain Tuesday evening were beautiful clouds and a stunning sunset!

Viewers captured the photos below Tuesday night and shared them with the 5 EYEWITNESS NEWS team.

Many people in the northwestern Twin Cities metro area saw mammatus clouds as the sun was setting.

Showers began late Tuesday afternoon, and after a few hours, more storms rolled into the region. The National Weather Service had reported, earlier in the day, a marginal risk for severe weather was possible for much of southern Minnesota, including the southwest metro area.

Thunderstorm warnings were issued for multiple counties, as high winds and large hail were possible.

Late Wednesday morning, the National Weather Service provided insight on how much rain fell in the region Tuesday evening. Much of the Twin Cities metro area saw less than half an inch, while those to the south and west saw slightly higher totals. Areas between Alexandria and St. Cloud saw more than an inch and a half of rain, according to their reports.