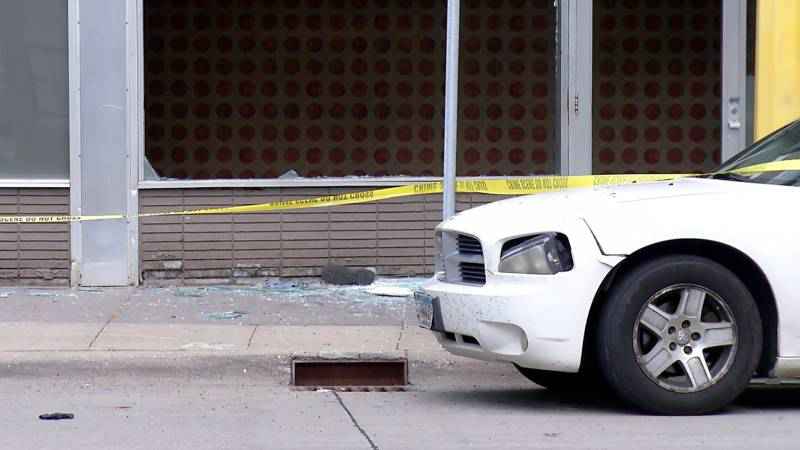 A pedestrian who was struck by a vehicle and killed Monday night in downtown Minneapolis has been identified.

Police said the crash happened just before 5:45 p.m. in the area of Marquette Avenue and 10th Street.

1 pedestrian killed, another injured after crash in downtown Minneapolis

Investigators said the suspect vehicle was headed north on Marquette Avenue when it entered the intersection of 10th Street at a red light and was then struck by another vehicle that was traveling on 10th Street, causing the suspect vehicle to spin and hit the two pedestrians. After being hit by the vehicle, the two pedestrians went through a plate-glass window of a nearby business, police said.

Both victims were taken to a hospital where Rice was pronounced dead. The other victim remained in critical condition.

According to police, the driver of the suspect vehicle showed "signs of possible impairment."