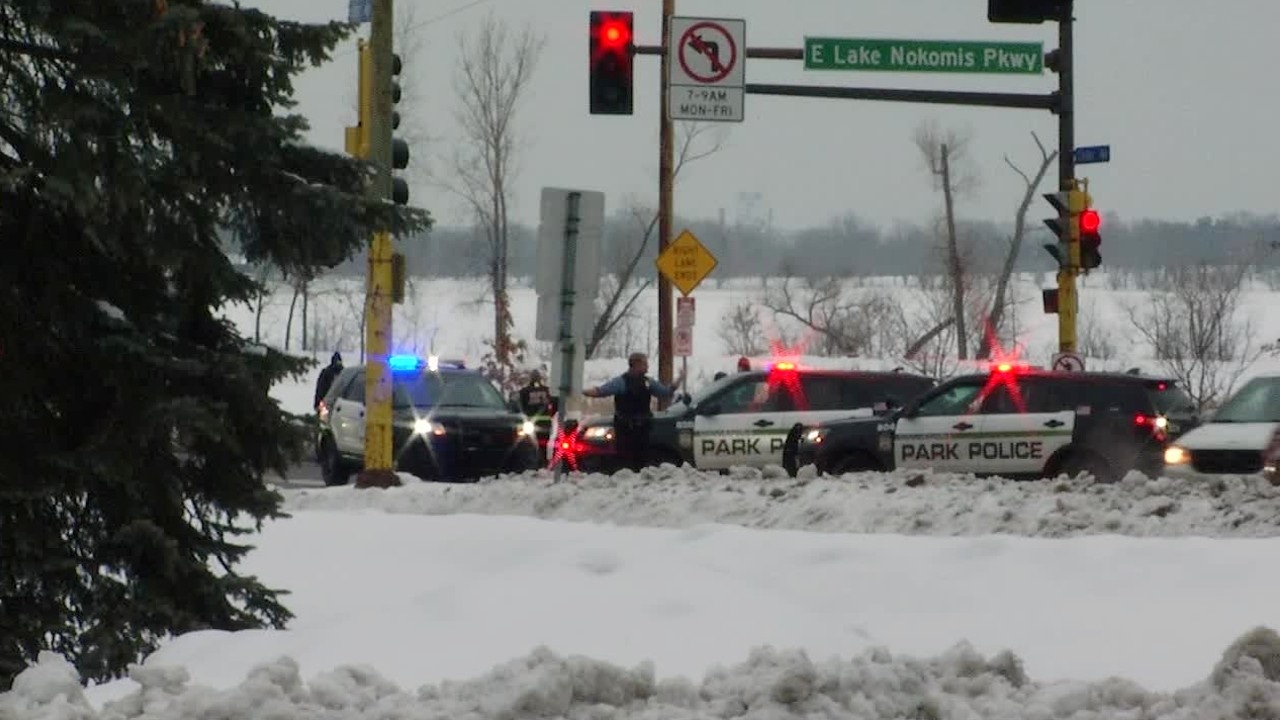 Police at the scene of a fatal pedestrian-involved crash near Lake Nokomis on Jan. 12, 2023. (KSTP-TV)

A person is dead after a pedestrian-involved crash Thursday morning near Lake Nokomis.

A 5 EYEWITNESS NEWS photographer saw police in the area of East Lake Nokomis Parkway and Cedar Avenue shortly after 7 a.m.

Minneapolis police say officers responded to the area at around 7:10 a.m. on a report of a person in a snowbank. There, they found a man, who was pronounced dead by medical personnel at the scene.

Police say early information suggests the man was hit by an unknown vehicle.

Anyone with information that could help police find that vehicle or learn more about what happened is asked to call CrimeStoppers at 1-800-222-8477.

The Hennepin County Medical Examiner’s Office will release the man’s identity and cause of death at a later time.