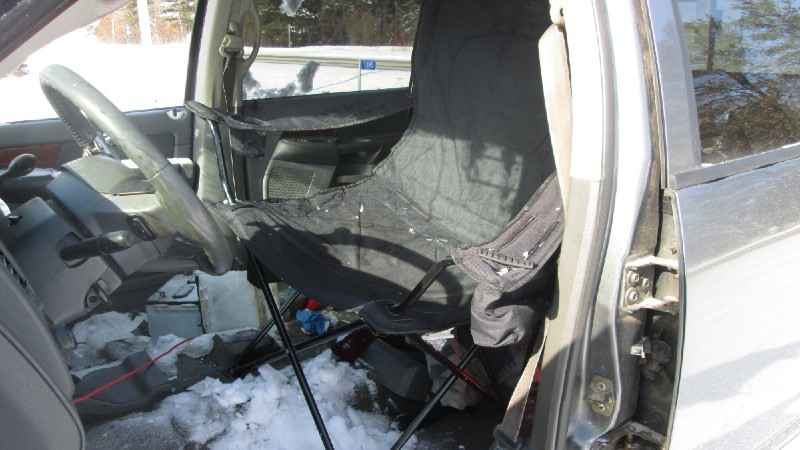 A trooper in Wisconsin recently made an interesting discovery after stopping a driver.

The Wisconsin State Patrol said a trooper in the north-central part of the state recently pulled a vehicle over for an equipment violation.

When the trooper approached the truck, he noticed the truck didn’t have seats. Instead, the driver was sitting in a lawn chair.

It’s against state law in Wisconsin to not have a seat secured to the vehicle. The truck also didn’t have a seat belt.

It’s unclear if the driver was ticketed.

Recently, a trooper in the North Central Region stopped this pickup truck for an equipment violation. On his approach, the trooper noticed the vehicle was not equipped with seats and the driver was seated in a camping chair.
#YouDontSeeThatEverydayhttps://t.co/SLTeVTclgQ pic.twitter.com/XzIbMlr6UY