Police departments from across the country are trying to recruit future officers here in Minnesota this week, some for the very first time.

Organizers said it is the 30th year for the career fair but the first time they are seeing so many departments from out of state actively trying to recruit in Minnesota.

Police departments in Las Vegas, Dallas and Mesa, Arizona, were among the first-time participants.

“Right now, we’re short about 400 officers,” said Lt. Sergio M. Phillips of the Las Vegas Metropolitan Police Department. “So we’re going to go where the applicants are. Wherever we can find good people is where we’re going to go.” 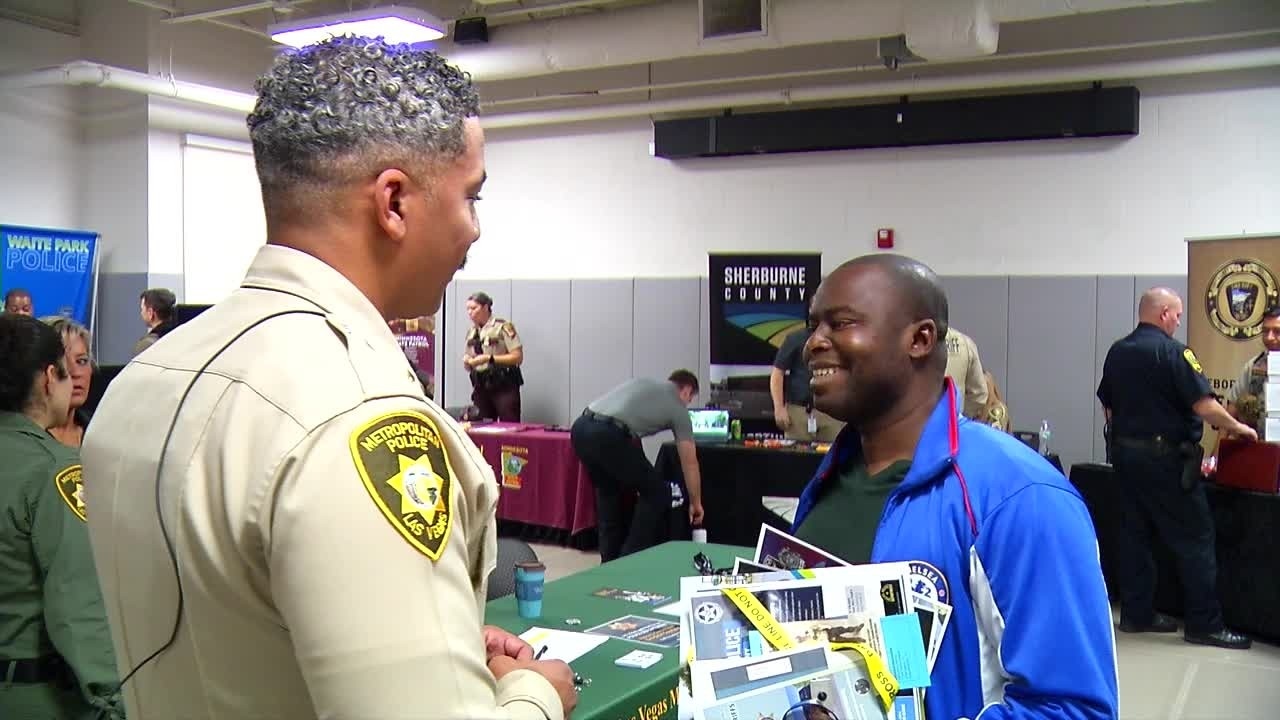 5 EYEWITNESS NEWS spoke with multiple police departments at the event, many of which are offering new incentives.

Mesa Police Department is offering a $3,500 new hire bonus and a $5,000 bonus for current police officers willing to make the move.

Dallas Police Department representatives said they will pay extra money for people who speak other languages.

A spokesperson at the Brooklyn Park Police Department booth mentioned “wellness incentives” at the department, such as allowing officers to spend an hour of every shift exercising.

“Everybody’s upping their game,” Vogt said. “Wherever they’re going to be happy, as long as they can stay in the profession itself.”

5 EYEWITNESS NEWS has closely followed the staffing struggles at police departments across the metro.

The Minneapolis Police Department currently has about 597 sworn officers, with more than 100 open positions.

MPD said it is also traveling to other states to try to recruit new officers.

Law enforcement students at Hennepin Technical College said it is the right time to be looking for a job in this field.

“I’m seeing my future before my eyes. It’s pretty awesome,” said Matthew Hoffmann-Smith, a student from Eagan. “I want to become a school resource officer in the long run. It’s crazy how many jobs are opening up right now.”

Various police departments noted that, while it is a competitive hiring environment given the limited pool of candidates, they are not frustrated by recruitment efforts at other departments.

“I think everybody’s rooting for each other to succeed. We’re all kind of in this field together. We’ve gone through some bumps and bruises over the last few years but I think we’re all pretty united in wanting to better the career,” Phillips said.