Director of National Drug Control Policy Dr. Rahul Gupta calls the evolution of the opioid epidemic “complex” and expressed urgency for the expansion of treatment options during a sit-down interview with 5 EYEWITNESS NEWS.

“The drug supply across America and the globe has never been more dynamic than it is today,” said Dr. Gupta. “If it remains easier in America to get illicit drugs than to get treatment we’re never going to be able to solve the crisis.”

He visited St. Paul just days after Bloomington Police seized nearly 109,000 M30 fentanyl pills. A patrol officer arrested a Seattle man after responding to a call for service regarding suspected fraud, according to police. Marcus Trice was federally indicted for possession with intent to distribute.

Bloomington Police collaboration with the High Intensity Drug Trafficking Area (HIDTA) program assisted in getting the man federally charged, according to the department.

“That program is active here and those law enforcement officers working federal, state, local officials together is why we’re having successes,” said Dr. Gupta. The HIDTA program facilitates cooperation between local, state and federal law enforcement. There are several Minnesota counties that participate in it. 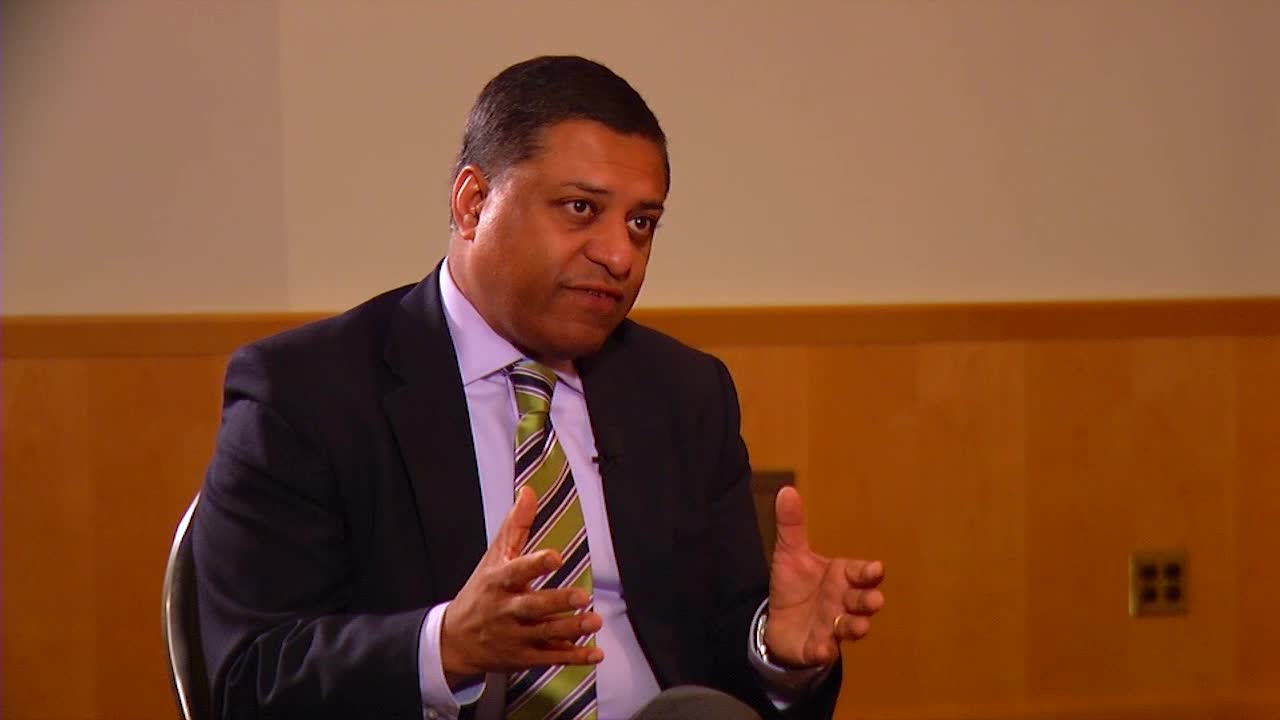 “We’ve recently added a number of counties to that program across the nation, we’re certainly working to evaluate constantly what the needs are of law enforcement,” said Dr. Gupta. “We want to make sure we have the most robust action possible.”

It’s one piece of the Biden Administration’s overall National Drug Control Strategy, which also addresses treatment for those behind bars.

About 90% of inmates in Minnesota are diagnosed with substance use disorder, according to the state Dept. of Corrections.

“More than two out of three people who are behind bars today across this nation have a diagnosis of at least one substance use disorder,” said Dr. Gupta. “It’s really important to help people while they’re there.”

“We know the rate of overdose and death is extremely high after release into the community,” he said. “We also know there is plenty of data coming out of states like Rhode Island and Maine that shows you can significantly reduce that amount of overdose deaths of people coming out into the community if you can get the treatment while they are behind the walls.”

The Minnesota Dept. of Corrections confirmed to 5 EYEWITNESS NEWS it uses all three forms of treatment.

“It is offered in some states and prisons,” said Dr. Gupta, who wants to see it become more widespread.

In regards to the federal system, he told us, “It is offered but not to the extent I would like to see it and we’re currently working right now to make sure that we can expand that significantly and universally.”

5 EYEWITNESS NEWS also spoke with Dr. Gupta about the Minnesota Legislature’s vote this year to legalize edibles and beverages with hemp-derived THC.

“I think as we look across the country we have a patchwork of states some who have legalized marijuana products, others who have medical cannabis still others that have none basically,” he said. “We’re monitoring both the processes but also in addition to the regulations, the data that comes out of it to look at what is the impact on communities, what is the business impact, what does the cost impact, what is the public health impact as well as the impact of the criminal justice.”

He added, “The President has said this before that people should not be incarcerated just for their use alone and it is also true that there are some medical benefits we’ve seen but I think it’s important to keep monitoring.”

We asked whether he would support the federal legalization of marijuana.

“What I would like to see us as a science-based administration that’s data driven is to evaluate the science and data that comes out of it so both for the medical aspect as well as the other aspects of this,” said Dr. Gupta.

He said his focus is on combatting the opioid epidemic. An estimated 107,622 people died of an overdose in the United States in 2021 and synthetic opioids accounted for about two-thirds of those deaths, according to the CDC.

The University of Minnesota started clinical trials last year on an opioid vaccine. 5 EYEWITNESS NEWS asked Dr. Gupta if that could prove to be a critical tool in the future.

“I think when we look at addressing issues of why people are dying, it’s going to take an all hands on deck approach,” he said. “It’s going to take an approach that allows us to invest into research and development into everything from treatments to prevention aspects to vaccines so we’re very supportive of all and any effort that’s evidence-based and supported by data to be able to save people’s lives at the end of the day.”

Monday’s coverage of the visit can be found here.