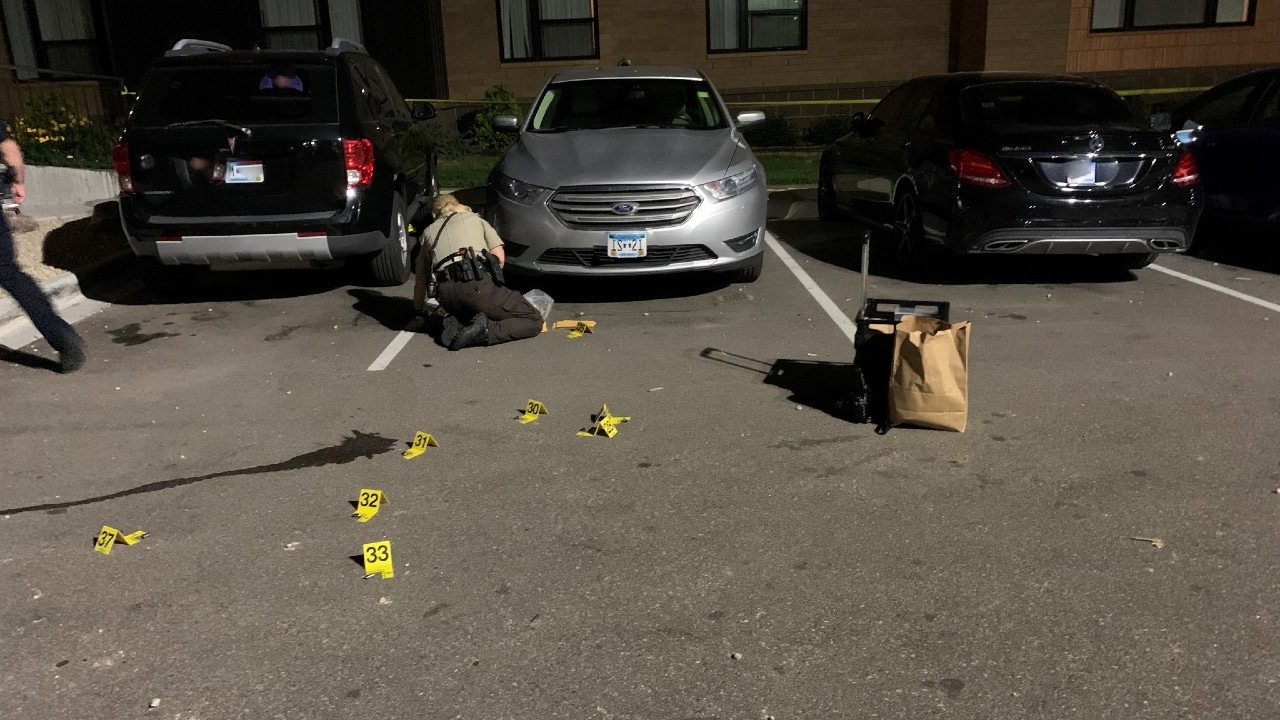 Police say more than 100 spent bullet casings were found after people reported two groups shooting at each other near a Brooklyn Center apartment.

Officers responded to the 5800 block of Xerxes Avenue North, near Gateway Commons, just after 1 a.m. Wednesday. Callers said two groups of people were shooting at each other in the apartment complex’s parking lot before they left in vehicles.

Brooklyn Center police say officers tried to stop one of the vehicles, which led to a pursuit into Fridley but the driver was able to escape.

Police said no injuries were reported but damage has been found. Evidence and more spent casings are still being collected.

The department is asking anyone with damaged property from the incident or video that could help police to call 911.