New program aims to send AEDs to agencies throughout Minnesota

On Tuesday, the University of Minnesota Medical School announced it received a multi-million dollar grant to increase access to life-saving equipment for cardiac arrest patients.

“When a person has a cardiac arrest, oftentimes it’s the law enforcement officer out on patrol who will be arriving the soonest,” said Walter Panzirer, a Helmsley trustee. “Every law enforcement agency will have the opportunity, if they wish, to have an AED for their front-line patrol cars.”

Through the partnership with the U of M Medical School, more than 8,300 AEDs will be distributed to federal, state and local agencies in Minnesota. 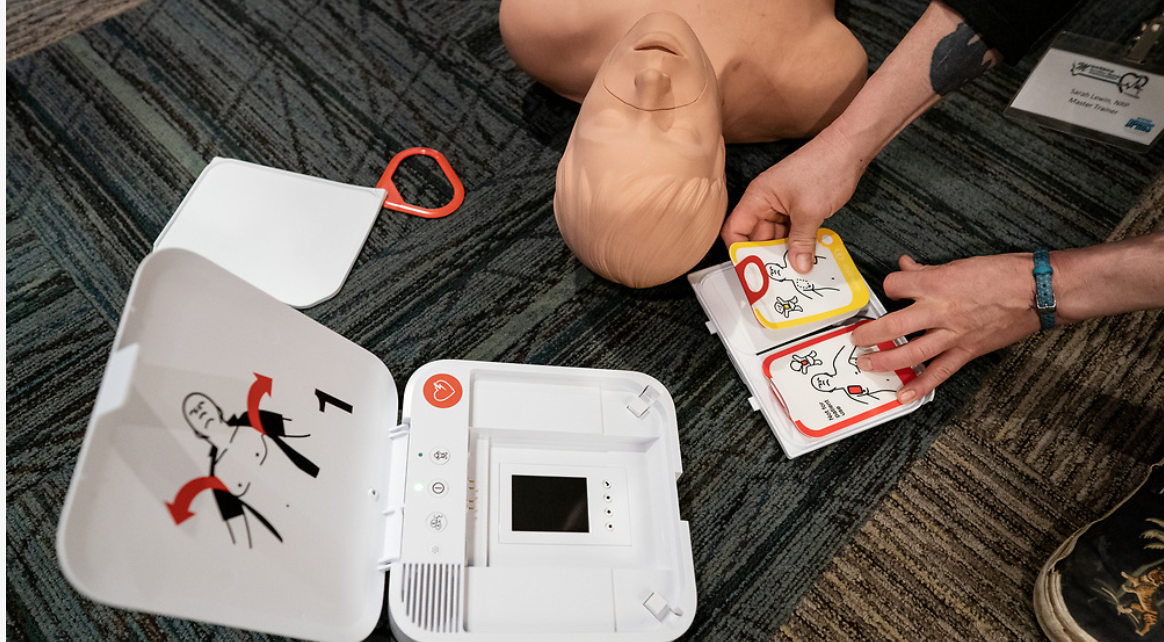 (U of M/ Helmsley Charitable Trust)

Agencies that already use AEDs will receive an equipment upgrade.

Roseville Police, Metro Transit Police and White Earth Nation Tribal Police were all in attendance at Tuesday’s event at the McNamara Alumni Center. Following the announcement, police officers wheeled carts of AEDs out to their squads to bring back to their respective agencies.

AEDs are easy-to-use devices that help the heart reestablish a rhythm during a cardiac arrest.

Jax told 5 EYEWITNESS NEWS his department will receive 35 AEDs through this program, which will equip each squad with a device. Previously, the department didn’t use the technology in squads.

“We have long response times — 20 miles sometimes,” Jax said. “Having these out in patrol vehicles with guys who are already out in the field is really going to make a big impact.”

Dr. Demetris Yannopoulos, the director of the Center for Resuscitation Medicine at the U of M Medical School, explained the technology will be especially beneficial to rural populations.

“Rural populations will have top-of-the-line defibrillators that will be Wi-Fi-connected to the police cars to our network,” Yannopoulos said. “So we will always know where the defibrillator is used. At that point, they will have directions to call us and bring us into the system to guide them through the process of bringing a patient to us earlier.”

The technology will also allow him to track critical data, including the location and frequency of cardiac arrest cases.

“In the future, we can have potential resources allocated to areas we’ve identified as being a hot spot for cardiac arrest,” Yannopoulos said.