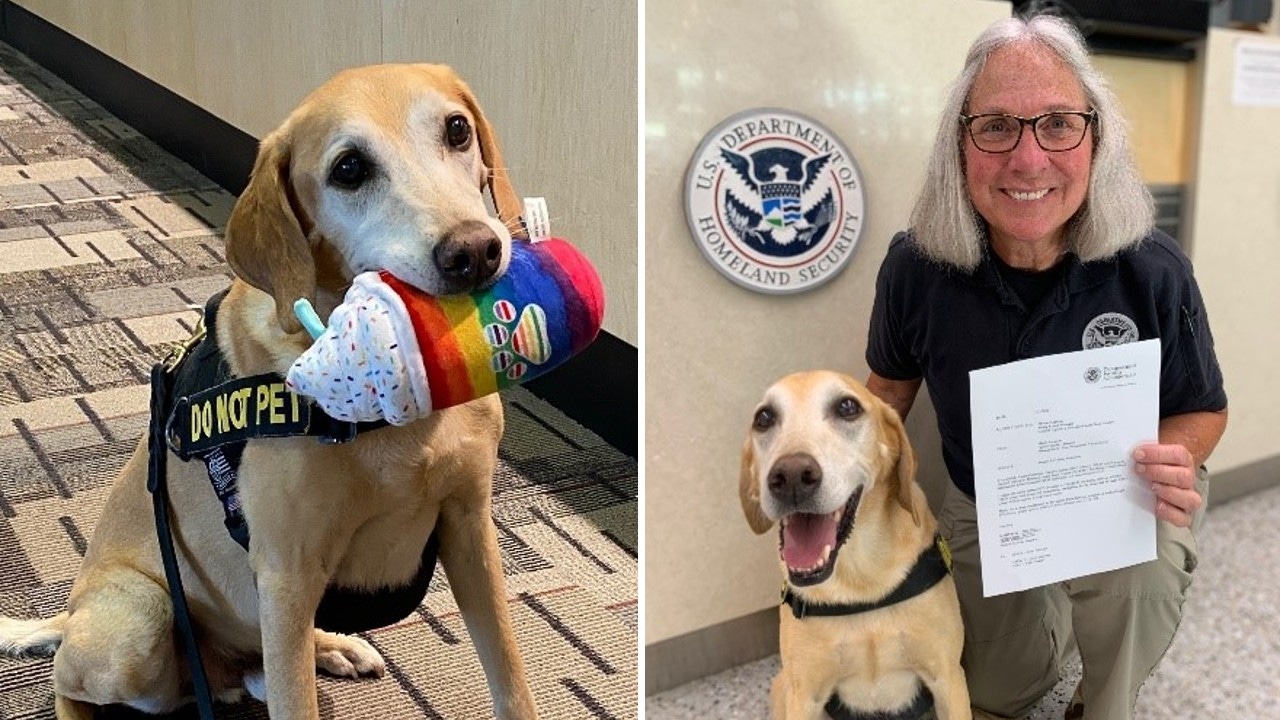 A security dog at Minneapolis-St. Paul International Airport is among the finalists for a cutest canine contest.

Friday, the Transportation Security Administration (TSA) said 11-year-old Eebbers, an 11-year-old Vizsla/Labrador mix, is one of four finalists for this year’s contest.

The public is able to vote on the TSA’s social media accounts — Twitter, Facebook and Instagram — on Friday and Saturday. If he advances, the public can vote again for him in the final round on Aug. 23 and Aug. 24.

The very good boy is the oldest dog currently working in the TSA’s canine program. He’s worked at MSP since 2015 and has helped keep people safe at several major events, including two Super Bowls, the Special Olympics World Games, an NCAA Football championship game and the Indianapolis 500.

The TSA says canines are a visible layer of security that supplements its efforts to keep travelers safe and secure at airports, mass transit, commuter rail and maritime venues.