More than 160 trees set to be removed along St. Paul’s Cleveland Avenue

Marked in paint and ready for removal, the clock is ticking for more than 160 trees along Cleveland Avenue in St. Paul’s St. Anthony Park. It’s all a part of the Ramsey County’s Cleveland Avenue reconstruction project, but residents aren’t going to say goodbye without a fight.

“There were supposed to be 56 trees removed and then all of a sudden on April 27 when they [Ramsey County] came out to mark the trees for removal and all of a sudden there were 167,” Pat Thompson with the St. Anthony Park Community Council said. She and a number of residents have been meeting with the county to provide their feedback. They’ve placed signs along the trees asking people to contact the county in an effort to save the trees.

The project, which will be completed in two phases, will replace pavement, storm water infrastructure and city utilities.

“There was a very robust discussion with the community about which of the various options should we choose,” Brian Isaacson, Ramsey County director of public works said.

The plan currently is to create a two-lane road, in-street bike lane and an off-street trail for bikes and pedestrians. Isaacson said safety is a huge consideration, especially with the proximity to the University of Minnesota’s St. Paul campus. 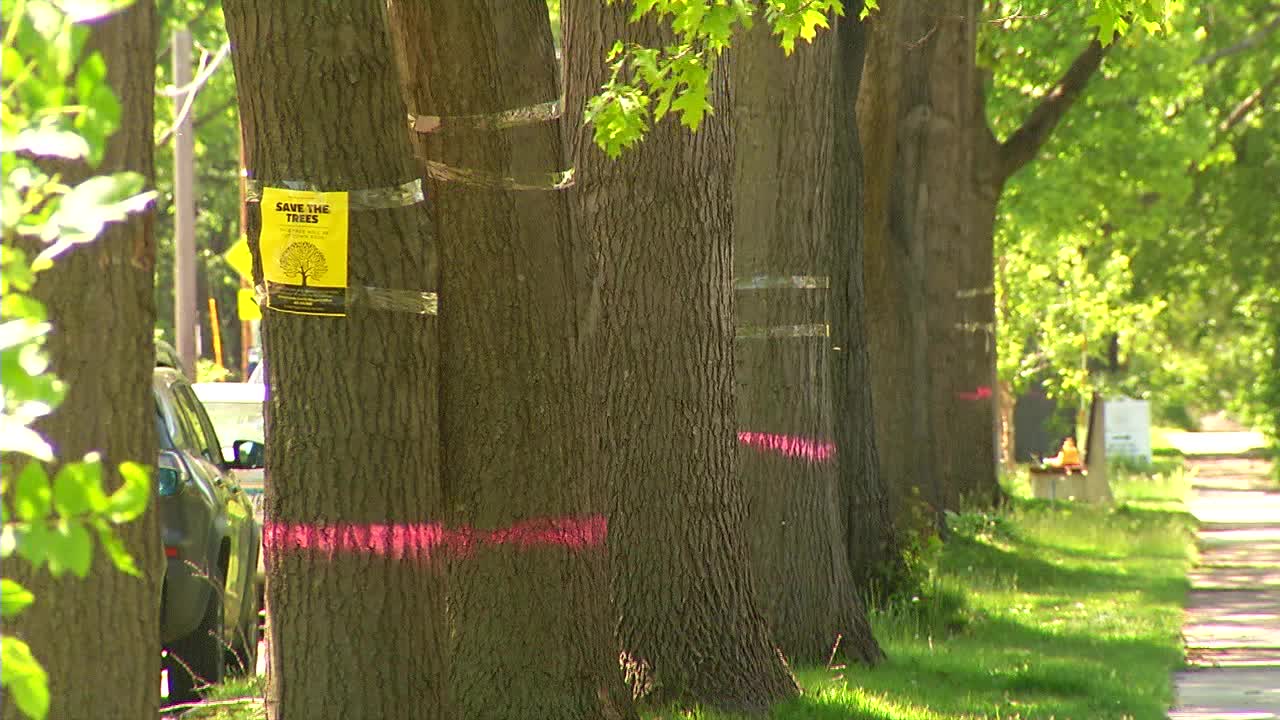 “The road was originally built in 1948,” Isaacson said. “The last time we did any substantial work on the corridor was in 2010.” The sewer system predates the road and, at nearly 100 years old, is in need of upgrades.

“It isn’t an option to do nothing,” Isaacson said, “I don’t think anyone has said we don’t need to do anything. We’re having a disagreement on what should be done.”

Thompson and the St. Anthony Park Community Council want to see the county consider a plan that would preserve more trees, many of which are more than 100 years old.

“We were advocating a 26-foot-wide street, which would be narrower than the street is currently,” Thompson said, adding that keeping the road narrower would impact fewer trees. She and the community council are asking the county to reassess how many trees need to come down. The county worked with an arborist to determine what trees would be impacted. Isaacson said the construction would damage multiple trees’ roots, creating a safety hazard in the future.

“The number of trees that you see is not an arbitrary thing. It is not a result of the county not caring about trees. There is no one at the county that said we don’t care, we’re not interested,” he said.

Construction is set to begin on June 13, but the county said it’s working with the community council to see how many, if any, trees can be saved. They’ve also pledged to replant at least 70 trees and Isaacson said the U of M is promising to plant at least 90 more.