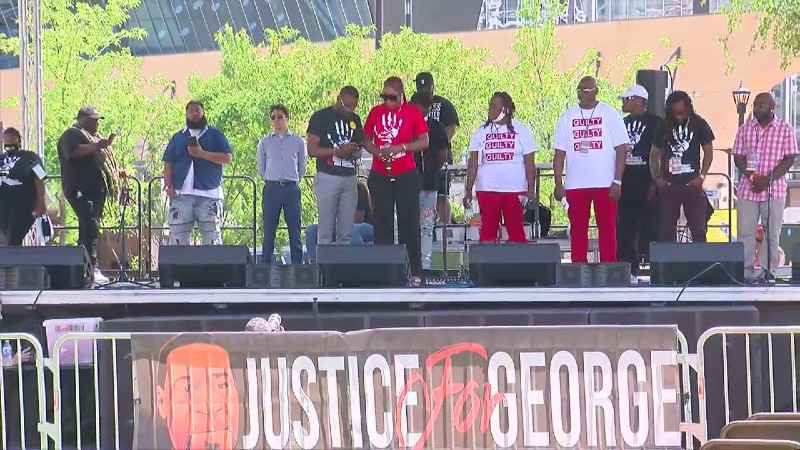 Family members of George Floyd, community members and Minneapolis Mayor Jacob Frey pause for a moment of silence on May 25, 2021.[KSTP]

George Floyd was honored Tuesday with a moment of silence in the city where he died at the hands of police, a death captured on a wrenching bystander video that galvanized the racial justice movement and continues to ripple a year later.

Floyd’s sister Bridgett joined Mayor Jacob Frey, citizens and activists at a downtown park to observe the moment at 1 p.m., the time set by the Democratic governor in a proclamation that said “true justice” for Floyd would only come by dismantling systemic racism.

On May 25, 2020, former police Officer Derek Chauvin knelt on Floyd’s neck for 9 minutes, 29 seconds, even as he cried for help and eventually grew still.

Chauvin was convicted in April of murder in Floyd’s death. Three other former officers await trial on aiding and abetting charges.