Dr. Neil Shah is one of seven Republican candidates for Minnesota governor, but he stands out as the only political newcomer in the GOP race.

Shah is juggling running his dermatology practice while crisscrossing the state for his campaign. He is also the only candidate not only calling for income tax cuts but for the eventual elimination of the state’s income tax. He says he would start with an “income tax holiday” for one year to eliminate Minnesota’s projected budget surplus.

“If we gave everyone a one-year income tax holiday in the state I think they recognize what this state could become if we gradually sunset our income tax, say, over a decade,” he said in an interview recorded for “At Issue with Tom Hauser.” “It’s a bold plan, but it’s one I’ve championed for a while.”

When asked if he thinks that could lead to big budget deficits, he says he thinks no income tax would increase spending by Minnesotans and the collection of other taxes.

“Well, from what we know from southern states that have cut their income tax or kept it low or never had an income tax they’ve seen unbridled growth within the last few years and even extending beyond that,” he said.

On the issue of public safety and crime, Shah joins all the other Republican candidates in calling for more police on the streets. He also says there need to be tougher prosecutions. 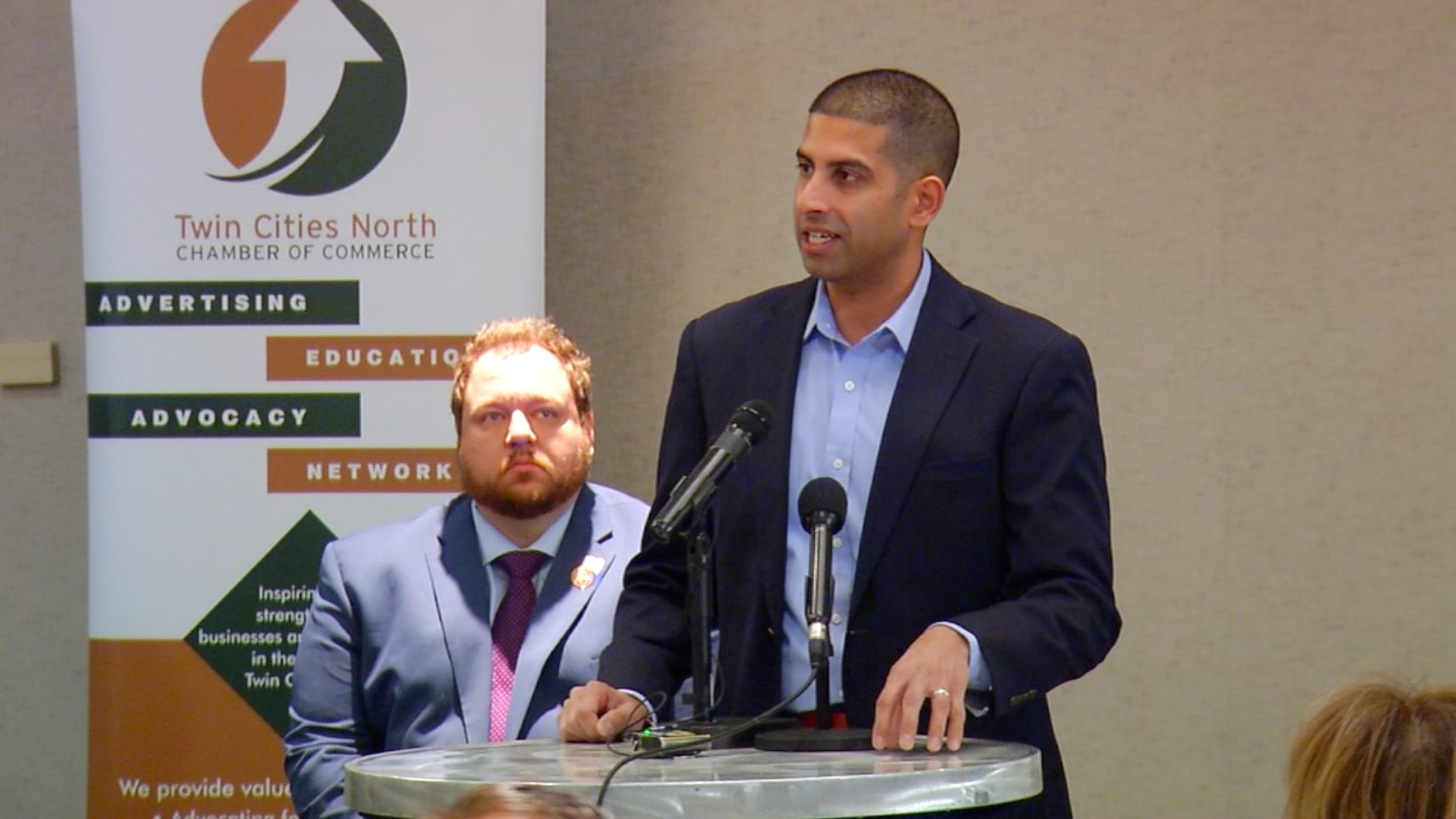 On the issue of COVID-19 vaccines, Shah says he supports their use and says they’ve saved many lives. However, he opposes mandates for COVID vaccines — and all other vaccines.

You can see the entire interview with Shah Sunday morning at 10 a.m. on “At Issue with Tom Hauser.”