Thursday, the University of Minnesota’s Golden Gophers football team capped off the 2022 season with a bowl victory.

Mohamed Ibrahim rushed for 71 yards on 16 carriers with a touchdown and became Minnesota’s all-time rushing leader in the win and Daniel Jackson hauled in a pair of TD passes. However, quarterback Athan Kaliakmanis had to be helped off the field due to injury and was replaced by senior Tanner Morgan, who completed 4 of 7 passes for 58 yards.

The Gophers are now 4-0 in bowl games since P.J. Fleck took over as head coach.

An official watch party was held at O’Shaughnessy Distilling Company on Malcolm Avenue Southeast in Minneapolis. 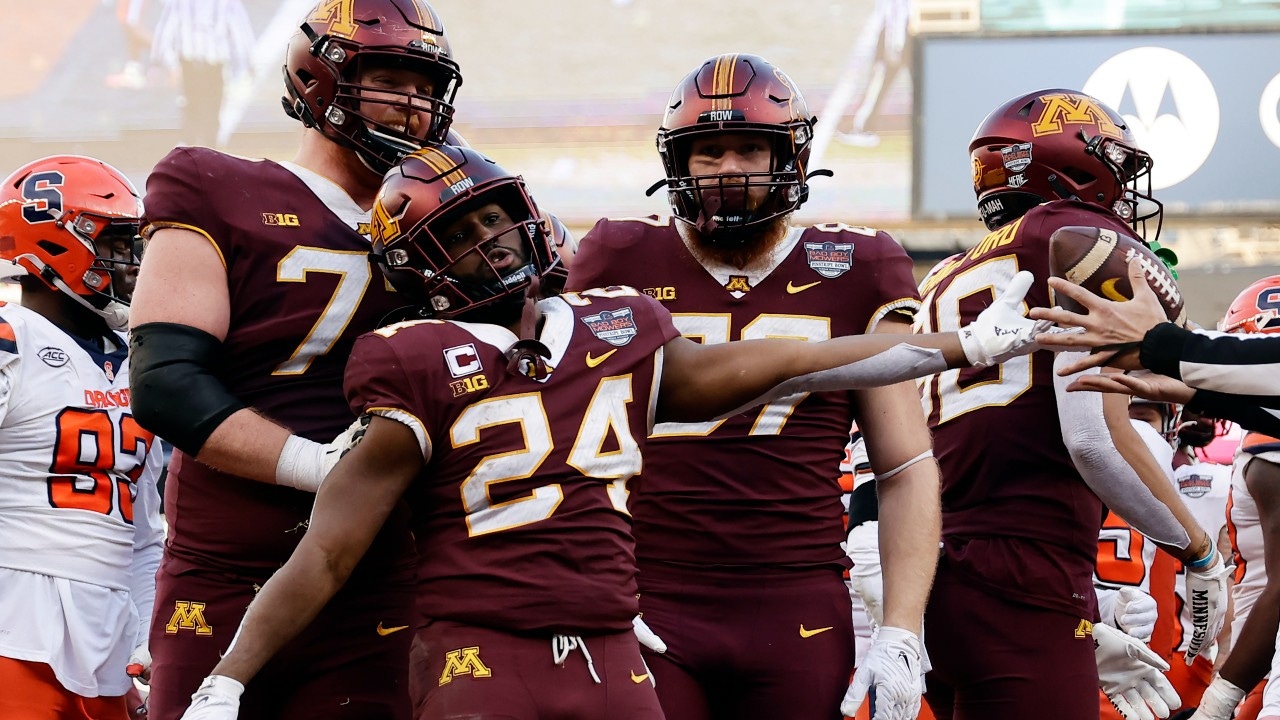 Minnesota running back Mohamed Ibrahim (24) reacts after scoring a touchdown against Syracuse during the first half of the Pinstripe Bowl NCAA college football game, Thursday, Dec. 29, 2022, in New York. (AP Photo/Adam Hunger)

CLICK HERE for a full schedule of bowl games.