In the past three weeks, the price of GameStop shares has jumped a whopping 1600%. One Minnesota man made some money during that time and decide to share the wealth with a local hospital.

Twenty-year-old Hunter Kahn said he bought his GameStop shares when they were $30. Since his investment paid off so well, he bought six Nintendo Switches and dozens of games for Children’s Minnesota.

"It’s important that we don’t become men in suits ourselves, and actually do good with the money we’re making here," Kahn told KSTP.

He’s hoping his good deed will spread some cheer to patients at the hospital.

"I just love video games," Kahn said. "I know that if I were in the hospital as a kid, I would love that. It would help me out a lot." 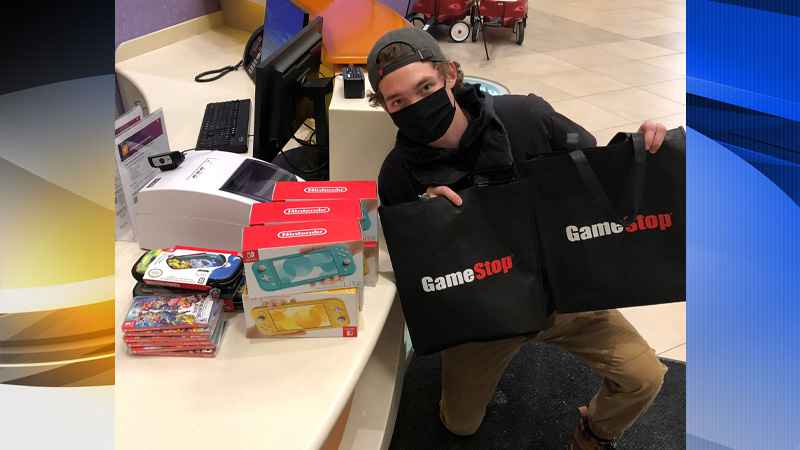