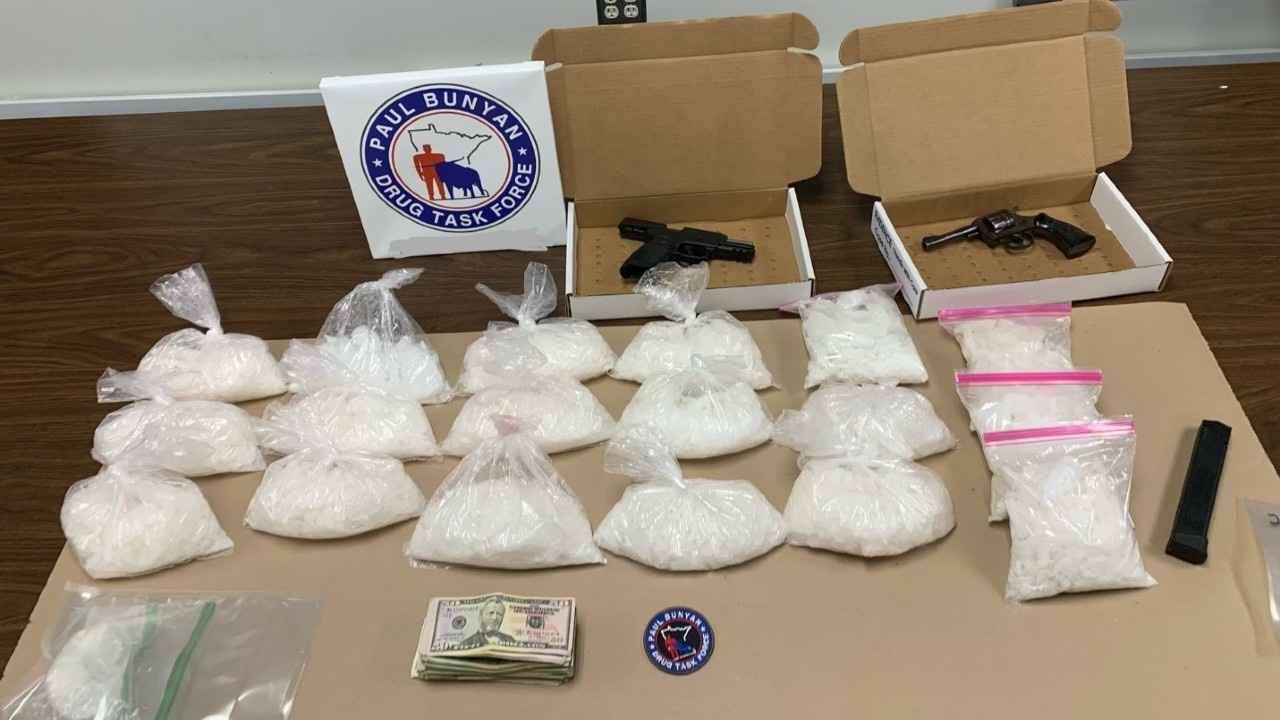 While much of Minnesota dealt with howling winds and subzero temperatures last Friday, a load of ice became the subject of a criminal investigation in Beltrami County.

The Beltrami County Sheriff’s Office says its deputies found roughly 18 pounds of methamphetamine and 3 ounces of cocaine disguised as a Christmas present while searching a vehicle on Friday.

According to a news release, deputies with the Paul Bunyan Drug Task Force pulled over a Chevrolet SUV headed south on U.S. Highway 71 as part of an ongoing investigation. The vehicle was taken to the sheriff’s office headquarters, where deputies executed a search warrant and unwrapped the “present” with the drugs inside.

Deputies took 35-year-old Kenneth Triplett into custody and later searched his home, where they found two handguns and “additional items indicative of controlled substance trafficking,” the sheriff’s office said. A photo of the contraband shows a wad of cash on display with the bags of drugs.

Triplett is charged with one count each of selling 17 or more grams of cocaine or meth and unlawful possession of a firearm. He is being held at the Beltrami County Jail on $500,000 bail and is due to make his first court appearance on Jan. 9.

The sheriff’s office said the drugs seized on Friday are worth roughly $650,000 and that this bust brought the drug task force’s total methamphetamine seizures to 55 pounds in 2022.