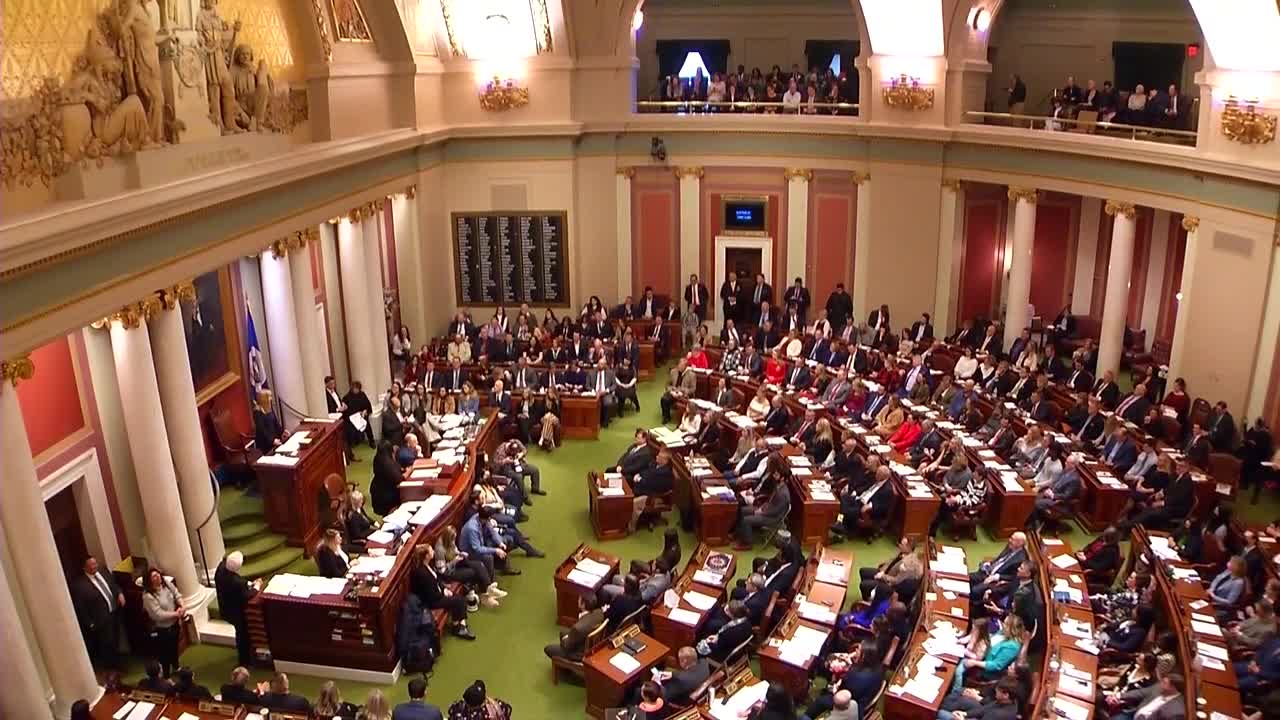 FILE - Minnesota House of Representatives in 2023.

Minnesota’s tax laws are one step closer to conforming to federal laws.

Monday, the Minnesota House of Representatives approved a bill to bring the state’s laws in line with federal tax laws.

“In some cases, Minnesota was the only state in the nation still taxing certain grants,” said House Minority Leader Lisa Demuth (R-Cold Spring). “There’s no reason the state of Minnesota should be profiting from money meant to help individuals and businesses in need. I’m glad we could kick off the legislative session getting this done for Minnesotans.”

The bill had bipartisan support and was approved by a vote of 132-0. It now heads to the Minnesota Senate.

“As the incoming Taxes Chair, this was a clear priority for our caucus. I am incredibly proud that our team was able to put this together and get it out the door in the second week of session,” said Rep. Aisha Gomez (DFL-Minneapolis).

Gomez added, “I hope to continue this momentum as we work to create a fair and equitable tax system which allows us to build a Minnesota which works for everyone.”

The change would not only simplify tax filings but would save Minnesotans more than $100 million thanks to tax cuts, lawmakers say.

“It has been five years since our tax code has been conformed — the longest we have been out of conformity in decades. This has caused an unnecessary and avoidable burden for Minnesotans, including some of those hardest hit by pandemic shutdowns,” Demuth said.

Check back for updates as 5 EYEWITNESS NEWS tracks the bill’s movement in the Senate.