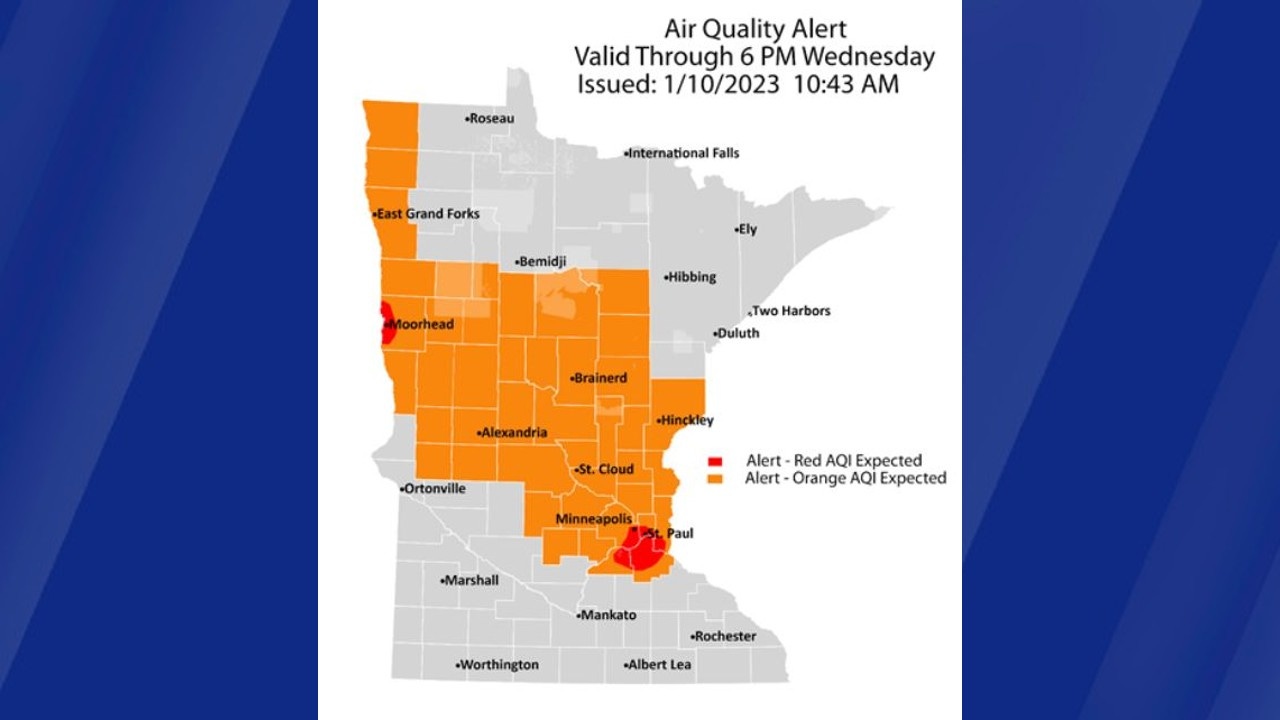 The map of highlighted counties shows the areas expected to be most affected by poor air quality in Minnesota on Jan. 10 and Jan. 11, 2023. (Courtesy: MPCA)

UPDATE: An air quality alert for the Twin Cities metro area has been extended again.

In those areas, sensitive groups should avoid prolonged time outdoors.

The agency says a cold front is moving across the state and will disperse fine particle pollution overnight but the process has lagged by several hours compared to what was expected, thus the latest alert extension.

An air quality alert for a large portion of Minnesota has been extended until Wednesday night.

The Minnesota Pollution Control Agency (MPCA) initially issued the alert Monday morning due to fine particle levels caused at least partly by stagnant air. The alert had been scheduled to expire at noon Tuesday but has since been extended until 6 p.m. Wednesday.

The alert covers most of central Minnesota, including the Twin Cities metro area.

The MPCA’s latest update says the Twin Cities and the south metro, as well as the Moorhead area, are now expected to get to the “red” category, which is considered unhealthy air for all people and can cause problems, especially for sensitive groups. Much of the rest of central Minnesota remains in the “orange” category, which is air quality that is unhealthy for sensitive groups — particularly those with heart and lung disease, as well as cardiovascular and respiratory conditions.

The MPCA says the poor air quality is unusual for this time of year and is the worst winter stagnation event Minnesota has had since Dec. 21, 2005.