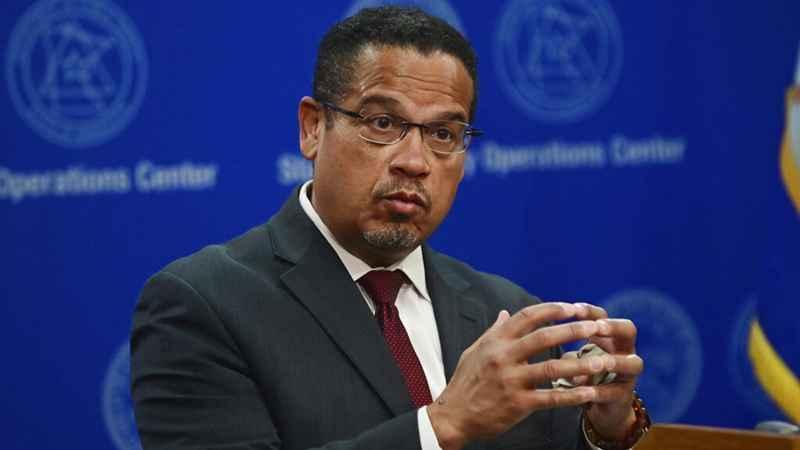 In this Wednesday, May 27, 2020, file photo, Minnesota Attorney General Keith Ellison answers questions during a news conference in St. Paul, Minn., about the investigation into the death of George Floyd, who died May 25, while in the custody of Minneapolis police officers. Minnesota Gov. Tim Walz said Sunday, May 31, that he decided Ellison needs to lead the case.[AP/ John Autey, Pioneer Press]

Minnesota Attorney General Keith Ellison announced Friday that as part of a settlement with his office, travel company Voyageurs International must pay 344 Minnesota high school music students and their families nearly $665,000 to reimburse for questionable "cancellation fees," according to a release.

A grand total of $664,835 will be issued to the students and families that signed up for the company’s 2020 European "Ambassadors of Music" tour.

The assurance of discontinuance, filed Friday in Ramsey County District Court, resolves an investigation by the attorney general’s office into whether the company, which organizes annual tours to Europe for high school students, fairly and truthfully communicated with and charged feeds against participants related to the cancellation of its 2020 tour.

“The COVID-19 pandemic has been hard on businesses and consumers alike — but that doesn’t give businesses the right to treat consumers unfairly,” Ellison said. “Minnesota students and their families paid hard-earned money for these travel packages. I’m pleased that Voyageurs is finally making things right and refunding them for services they never received. I hope these refunds help repair some of the strain and disappointment they have felt while trying to afford their lives and get through this difficult time. The vast majority of Minnesota businesses are doing the right thing by consumers during this emergency. My office will continue to ensure that all businesses deal fairly and truthfully with consumers whose lives the pandemic has upended."

His office will contact Minnesotans who participated in the 2020 Ambassadors of Music tour concerning their entitlement to restitution.

Voyageurs, a Colorado-based company, organizes annual travel tours to Europe for high school music students and their parents. The company had scheduled tours for the summer of 2020 and charged between $6,345 to $9,010 for arranging and coordinating the trip. They unilaterally canceled the trip in 2020 due to the COVID-19 pandemic.

Upon cancellation, however, the company refused to provide consumers a full refund and instead retained a large $1,900 "cancellation fee" for each participant, according to the attorney general’s office. Though airlines, hotels and other vendors around the world refunded most consumers and businesses for bookings canceled due to the pandemic, the company told consumers that the large cancellation fee was necessary because the company "made payments for travel arrangements that [it] w[ould] not be able to recoup."

An investigation was launched by Ellison’s office into Voyageurs’ dealings with consumers after they received dozens of complaints. The complaints described how many students worked hard to earn the money to pay for the trip, only to be left holding the bag once their trips were canceled through no fault of their own. One example is a Little Falls student, who was able to pay for her trip from fundraising and earning money on a dairy farm. As a result of the settlement, students like her will receive a full refund.

The settlement also requires the company to fully and accurately communicate its refund cancellation policies, including compensation related to expenses refunded to Voyageurs, to future Minnesota consumers, according to the attorney general’s office.