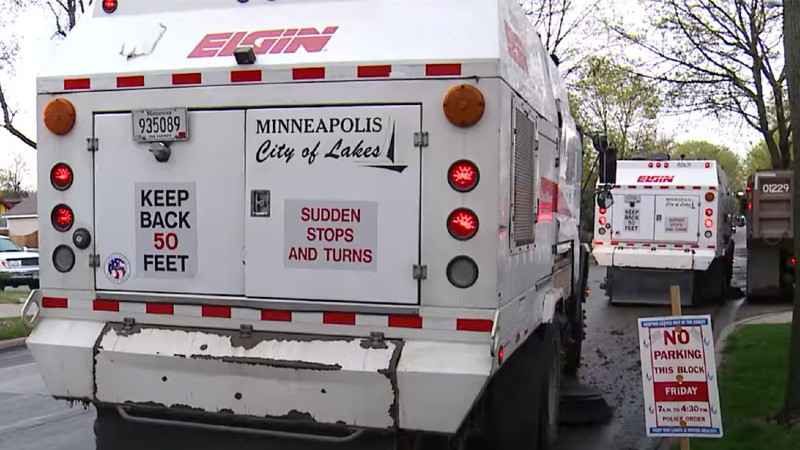 Officials in Minneapolis are preparing to begin the city’s street sweeping program to clear away what has accumulated over the winter.

Tuesday will be the city’s first day of street sweeping. However, temporary "No Parking" signs will be posted beginning on Monday, according to the city.

Street sweeping throughout the city is estimated to take about four weeks.

According to the city, parking will be banned on streets from 7 a.m. to 4:30 p.m. on the day a street is swept, with "No Parking" signs being installed at least 24 hours prior to the start of sweeping. The city will also make about 3,500 automated calls each night to inform residents that their street will be swept the following day.

Click here to see a map indicating when certain streets are scheduled to be swept.