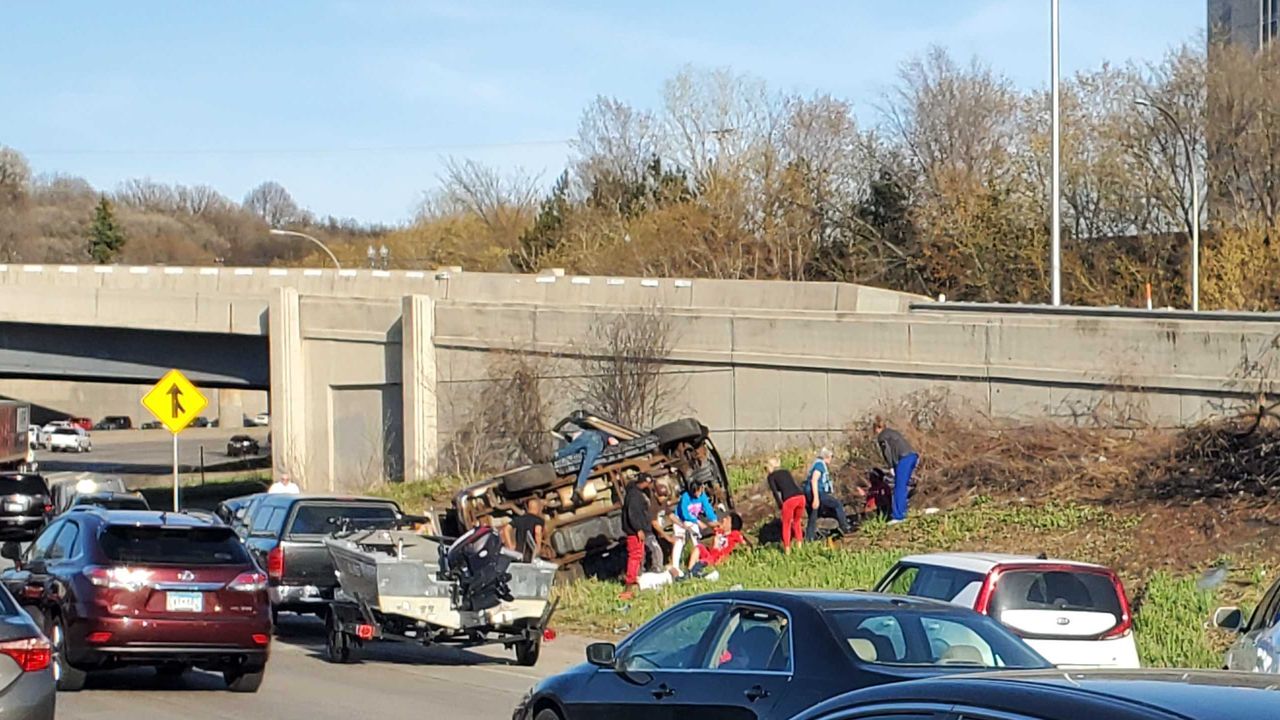 The Minnesota State Patrol has released limited details about a rollover crash that injured four people on Friday evening.

An incident report says that a Chevy Tahoe was “weaving through traffic” on I-94 before striking a Honda Pilot near the Huron Boulevard exit.

The driver of the Tahoe lost control of the vehicle and hit the left-hand median barrier before crossing all lanes of traffic and rolling over in the right-hand ditch.

The incident report states that the driver of the Tahoe was under the influence of alcohol at the time of the crash.

One person was ejected from the Tahoe and was taken to the hospital for life-threatening injuries.

The driver and two other passengers of the Tahoe sustained minor injuries.

The lone occupant of the Pilot was unharmed.

No one in the Tahoe was wearing a seatbelt at the time of the crash, according to the incident report