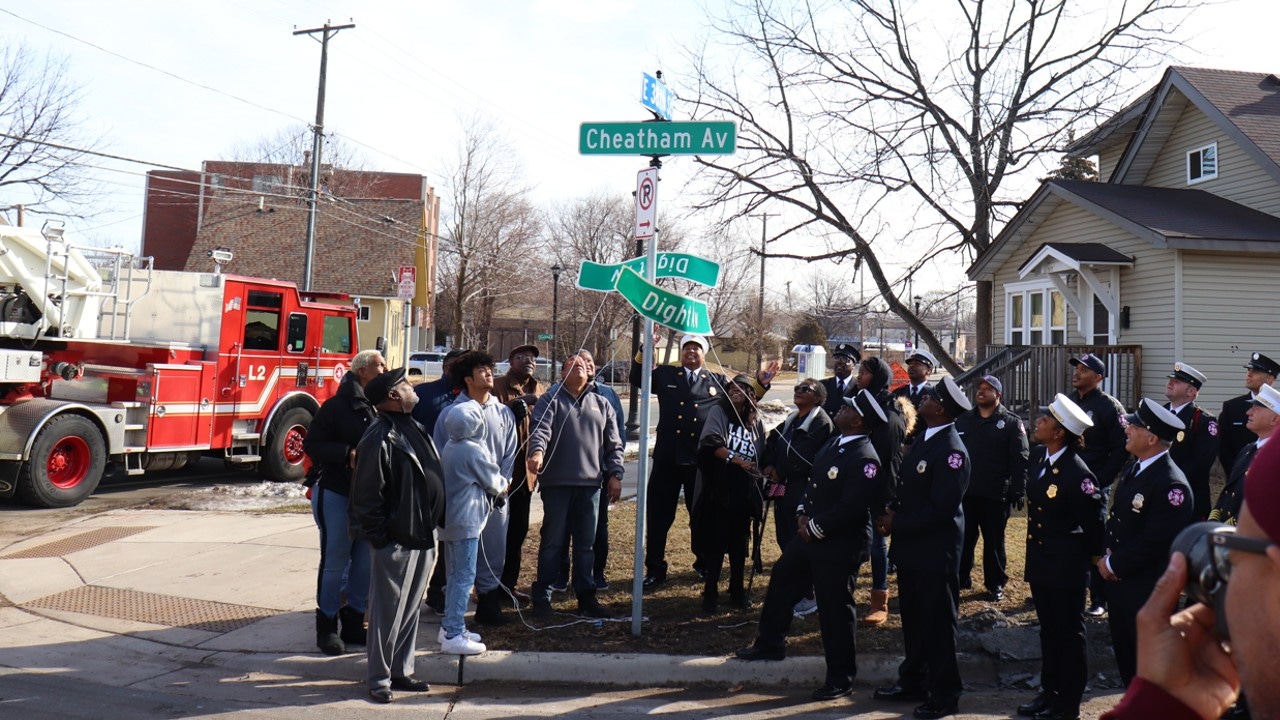 The city of Minneapolis has a new street name.

Cheatham was born enslaved in 1855 and worked out of Fire Station 24 before retiring in 1911, the city said. That station is about two blocks from the street now named after him.

Last year, the Minnesota Disability Justice Network petitioned the city to rename Dight Avenue due to Charles Fremont Dight’s ties to ableism, the Third Reich and the eugenics movement. Community members and Minneapolis City Council member Andrew Johnson worked to find a replacement, ultimately agreeing that Cheatham was deserving of the honor.

“We owe a tremendous debt of gratitude to Captain John Cheatham and his fellow Black firefighters who so courageously stepped up to serve and protect the residents of our community, despite the unending racism and oppression they faced,” Johnson said in a statement. “Seeing John Cheatham’s name raised high serves not just as a reminder of his legacy, but also his example, which is one for all of us to follow.”

“I am very excited, extremely proud and thankful of the fact that the City of Minneapolis is honoring the legacy of Captain John Cheatham in this way,” Minneapolis Fire Chief Bryan Tyner added. “I have always believed that I stand on the shoulders of those pioneering Black firefighters who came before me. As the first Black fire captain in the City’s history, Captain John Cheatham certainly presents a broad set of shoulders. His perseverance and service made it possible for me and others to serve this City as Black firefighters and set the path for me to eventually serve the City as its fire chief.”