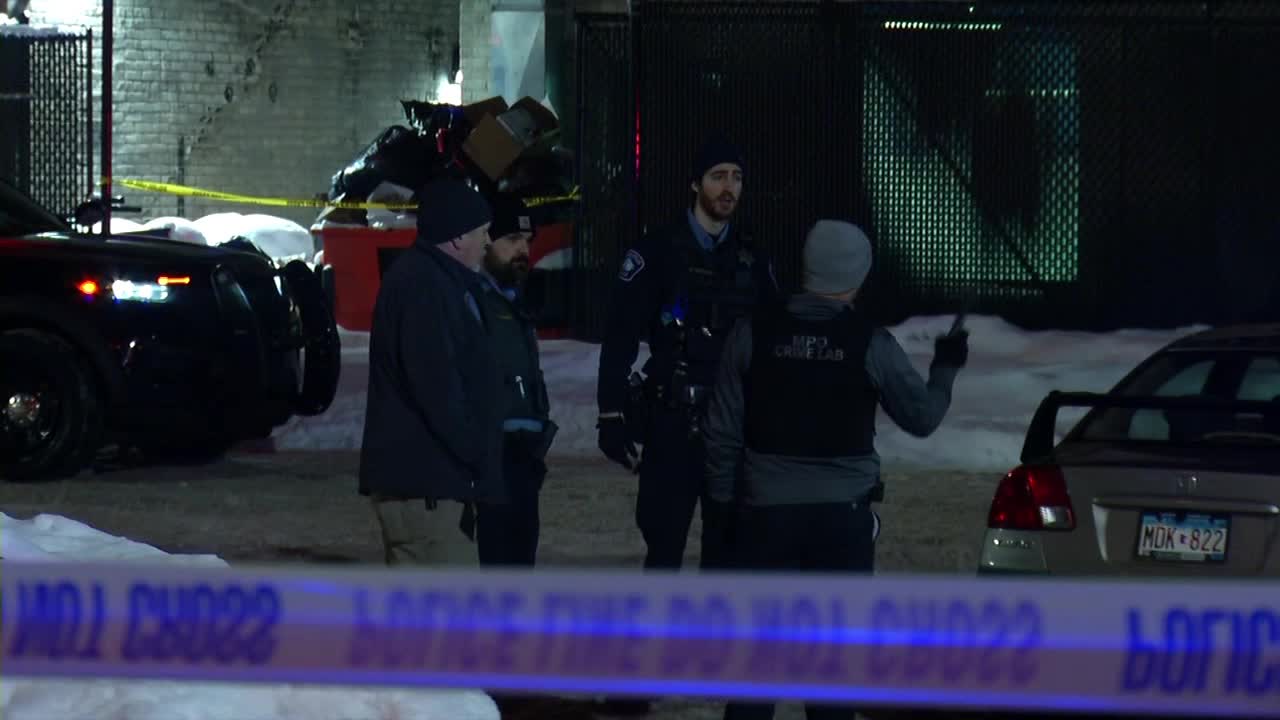 Minneapolis investigators were at the scene of a shooting on Jan. 9, 2023 near an alley on the 2900 block of Hennepin Avenue. (Erik Rognerud/KSTP)

Police have not made any arrests following a non-fatal shooting Monday night in an Uptown Minneapolis alley, according to the Minneapolis Police Department.

Officers went to the 2900 block of Hennepin Avenue South around 5:20 p.m. Monday for a shooting called in by people in the area.

Police say responders found a man with “at least one apparent non-life-threatening gunshot wound” inside a nearby business on the 1400 block of West Lake Street.

Medical personnel then took the man to the Hennepin County Medical Center for treatment.

Investigators blocked off the parking lots behind the nearby businesses on Hennepin and Lake streets. View more photos from the scene at the bottom of this article.

No one has been arrested as of posting. Police have not said if they believe the victim knew the shooter or provided any details on what led up to the shooting.

Later Monday night, four additional people were injured in a separate shooting on Lake Street. Check back for updates as 5 EYEWITNESS NEWS reports the latest on crime in Minneapolis.