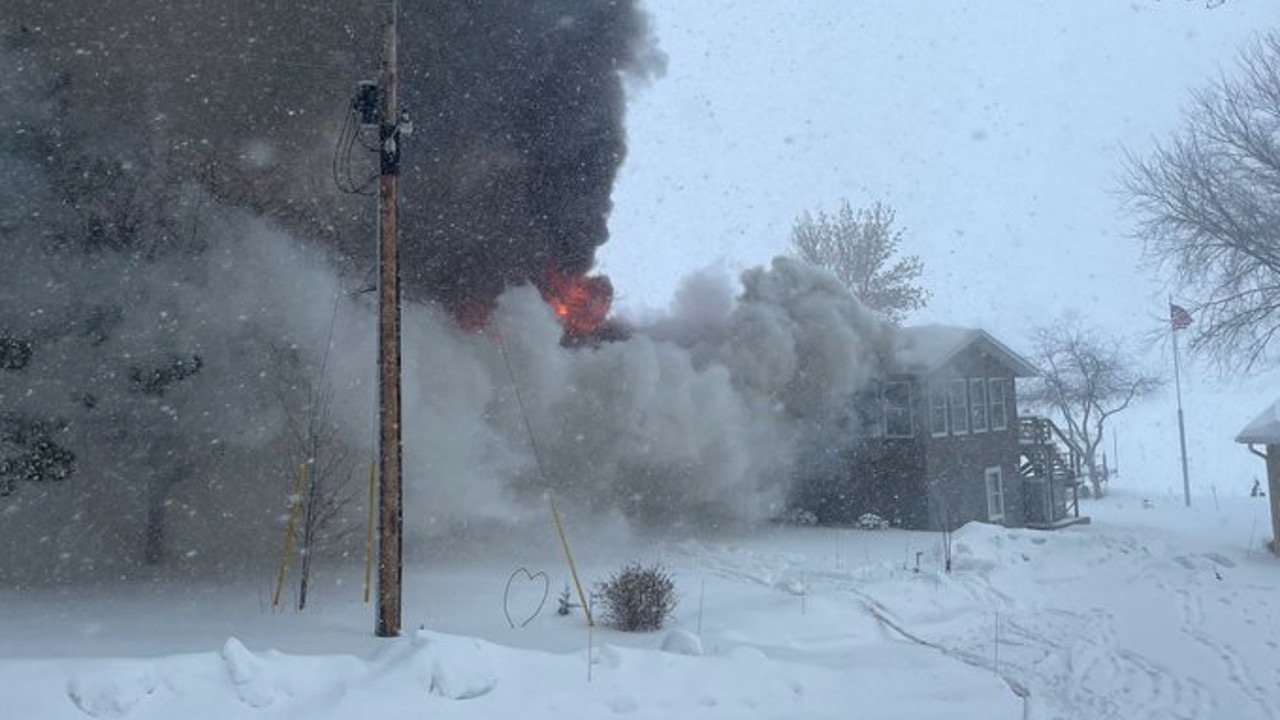 Smoke and flames are seen coming from a home in Wakefield Township on Jan. 3, 2023. (Stearns County Sheriff's Office)

Authorities say a man was rescued from a house fire Tuesday afternoon in Wakefield Township.

The Stearns County Sheriff’s Office says a man reported just before 1 p.m. that his garage had started on fire on Great Northern Drive.

Fire crews and deputies responded and found the house fully engulfed by flames.

The sheriff’s office says the 64-year-old homeowner was still inside the home but was brought to safety. No injuries were reported.

The cause of the fire is still under investigation.