Man in hospital after firing back during attempted carjacking in Minneapolis

Minneapolis police say a man is in the hospital with serious injuries after he shot back at three people who tried to rob him Friday afternoon in the city’s Phillips neighborhood.

According to a Minneapolis Police Department spokesman, officers responded to a report of a shooting at around 2:07 p.m. near the intersection of 22nd Street East and 10th Avenue South. A man with “potentially life-threatening gunshot wounds” was given first aid before medics took him to the hospital.

Investigators say the man was walking to his car when three males approached him and demanded his keys and phone. One of them pointed a gun at him.

The man ran away from the group as shots were fired toward him, and he returned fire. The group then fled the scene.

A man with a non-life-threatening gunshot wound later turned up at Abbott Northwestern Hospital. Police say they’re working to find out if he’s connected with the shooting on 10th Avenue. 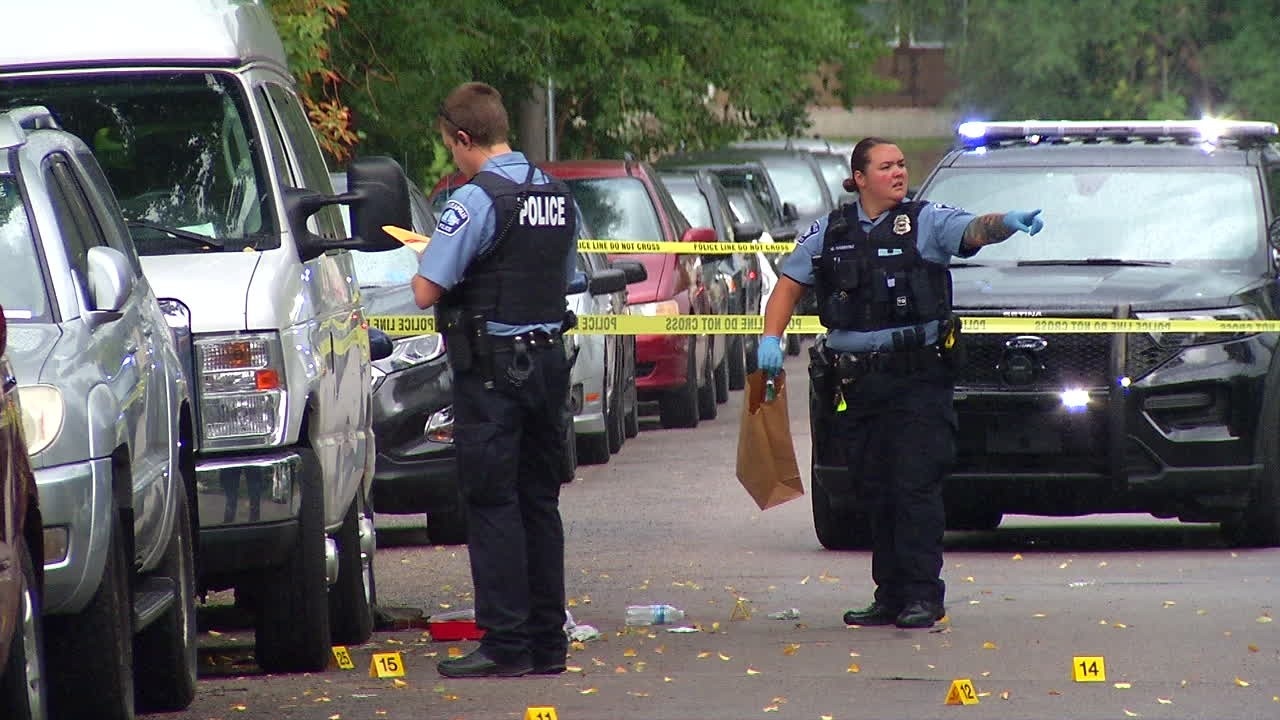 Minneapolis police officers collect evidence at the scene of a shooting Friday, Aug. 19, 2022, in the city's Phillips neighborhood. (KSTP)

Police have not made any arrests.