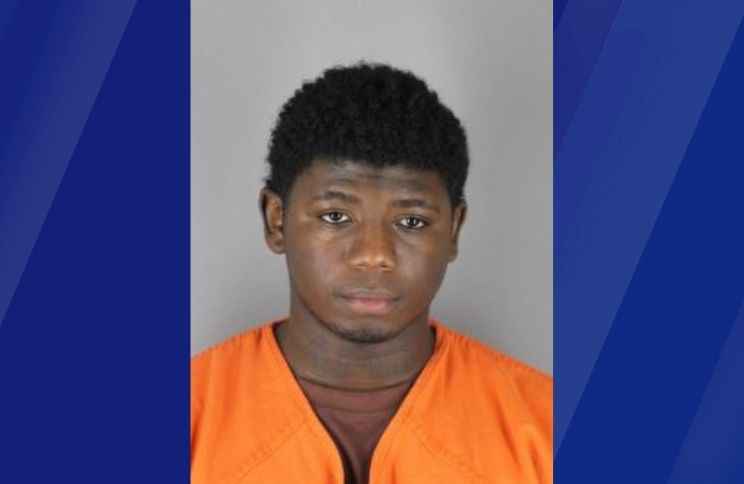 A St. Paul man has been charged with murder in relation to a fatal shooting in Hopkins in mid-October.

On Oct. 17 at about 7:45 p.m., Hopkins police responded to multiple calls of gunshots at an apartment building in the 300 block of Blake Road North. The first dispatch caller said their "son just got shot," according to a search warrant. Another caller said gunshots went through his unit, which is adjacent to that where the shooting occurred. More calls reported "a bunch of shots."

Upon arriving at the scene, officers found a man lying on the floor in a bedroom, who was later identified as 20-year-old Sean Anthony Johnson. Police also found multiple spent bullet casings on the floor and bullet holes in the floor and walls, court documents say. Despite emergency personnel performing life-saving measures, Johnson was pronounced dead at the scene.

Nearly a month later, Malik Deshone Williams, 20, was charged via warrant with second-degree murder with intent on Nov. 12. He was booked into Hennepin County Jail on Nov. 30, jail records show.

Williams was eventually identified as a suspect in the shooting through phone records, surveillance video and witnesses, records say.

On Oct. 25, Hopkins police learned about a Minneapolis Police Department case where a woman requested that police remove a firearm from her dwelling, according to the warrant. She told police that Williams, who she knows, had come to her apartment in the morning of Oct. 18 — the day after the shooting — and put a pillowcase in the top drawer of her dresser before leaving. She found a gun inside.

The night before, the woman said she was in bed with Williams’ cousin in the apartment when the cousin got a FaceTime call from Williams, who asked if he was "aware of what was happening," the warrant says. She said he then got out of bed and kept speaking with Williams but she couldn’t hear the rest of the conversation. Ballistic analysis matched the gun to Williams.

On Nov. 29, Hopkins police learned that the Hennepin County Sheriff’s Office Violent Offender Task Force had planned to serve a search warrant the next day in relation to an aggravated robbery, and Williams was one of two suspects and "on the run from a murder," records state. Hopkins police were present while the warrant was served, the VOTF found multiple firearms in the Brooklyn Center apartment and Williams was arrested.

Williams has previous arrests for violent crimes, including aggravated robbery, burglary and domestic assault by strangulation, the warrant states.

Williams made his first appearance in court on Dec. 1 and his bail was set at $1 million. He remains in custody and he has hearings set for early January, which include third-degree burglary, possessing a pistol without a permit in a public place, first-degree aggravated robbery charges in addition to the second-degree murder charge.