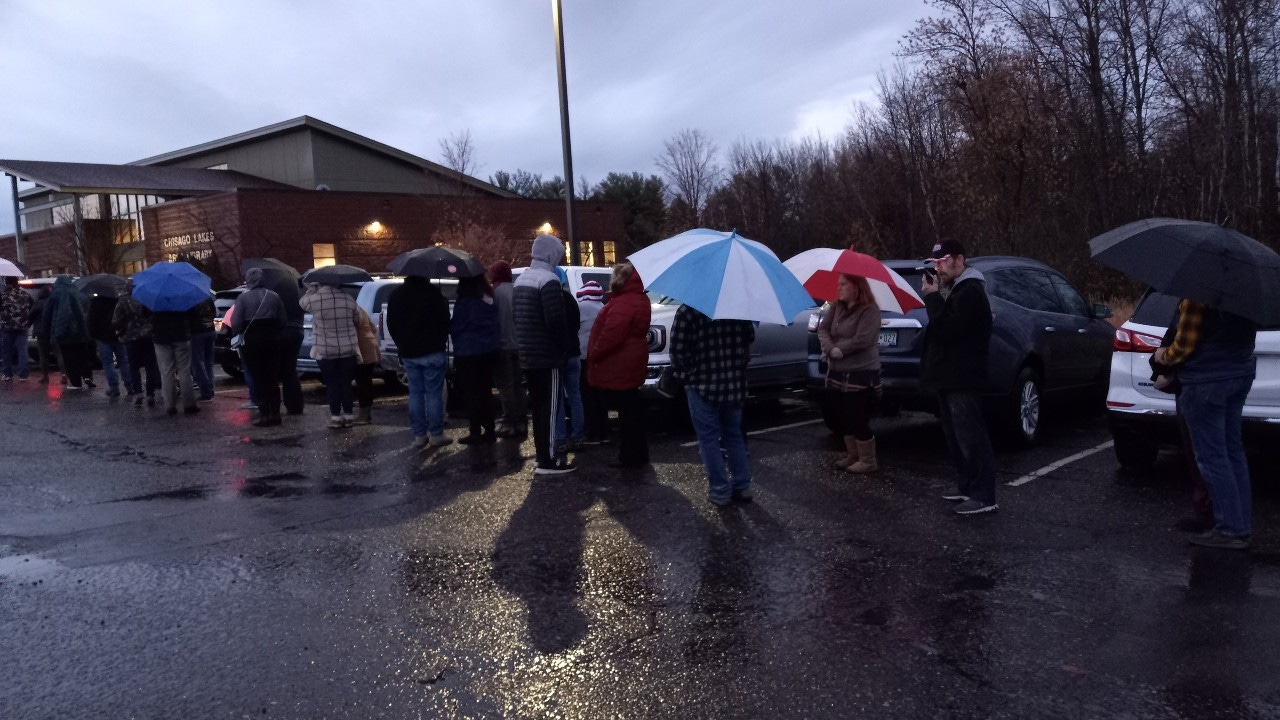 Voters in Chisago County are turning out in huge numbers Tuesday — and it’s making for a long line at the polls.

Reports from the polling place at the Chisago County Library in Chisago City indicate voters were waiting hours in line to vote, with the queue spilling into the rainy parking lot.

Chisago County Auditor-Treasurer Bridgitte Konrad explained the massive backup on Tuesday could be due in part to a lengthy ballot with two sides, along with particular interest from referendum questions pertaining to the Chisago Lakes School District.

Voter Carole Grono said she got to the library around 2:50 p.m. and didn’t leave until around 5 p.m. She’s voted at the same place multiple times in the past but said it’s never been as busy as what she saw Tuesday.

“I’ve never seen it like that before,” she told 5 EYEWITNESS NEWS

Grono said she saw seniors and people complaining of pain leaving the line and described cramped quarters indoors as voters were arranged in a serpentine pattern.

When Grono finally got to vote, there was one ballot machine waiting. When she left, she saw officials bringing in a second machine to speed the process along.

“It is paramount that every legal vote be counted,” Lonergan said.

The Minnesota Secretary of State’s Office confirmed an extra ballot tabulator was brought to the polling place to ease congestion.

“Once we were informed of delays, we immediately contacted local election officials to ensure steps are being taken to address this issue as quickly as possible, which includes bringing in additional election equipment,” a spokeswoman for Simon’s office said.

5 EYEWITNESS NEWS has reached out to the Minnesota DFL for comment.

Polls close at 8 p.m. statewide, and by state law, any eligible voter who is in line at that time will be able to cast a ballot.