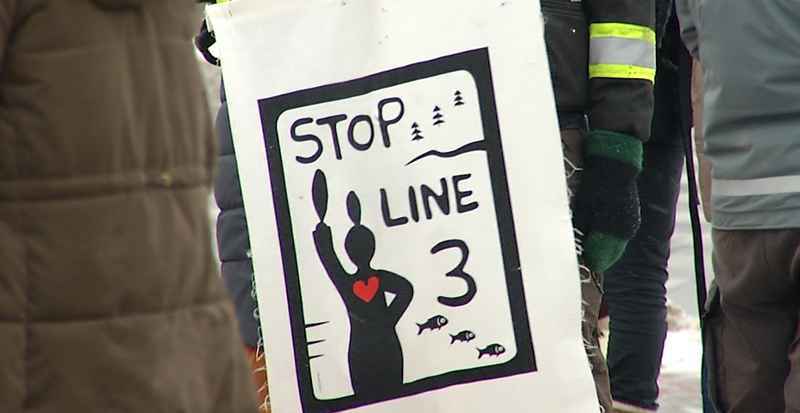 There, they held signs saying things like "Stop Line 3,” "Protect Our Climate, Water & Health" and "Defend the Sacred," according to sister station WDIO.

People who were there argued that the Line 3 pipeline endangers the environment and pollutes water supply.

They said their goal of the gathering was to raise awareness and make it known how they feel.

“I think that drawing necessary awareness and you know, sending a direct message to Enbridge that the people have said no and we’re going to continue saying no. No matter how pretty they tie the bow on this pipeline, we’ve said no and we don’t want it. And you know, we hope to motivate others to take a direct stand,” Taysha Martineau, an organizer of the demonstration said.

Enbridge sent a statement about the Line 3 Replacement Project saying: "Replacing the existing 1960’s era Line 3 pipeline is about safety and maintenance. Upgrading an aging line with new pipe made of thicker steel with technologically advanced coatings will better protect Minnesota’s environment and waters for generations to come."