A dedication ceremony for the tree was held at the school on Monday, and the film star of the movie, Kyle Johnson, attended and talked to students.

Parks’ great-niece helped facilitate getting the actor to the school for the special ceremony.

The 1969 film was based on Parks’ 1963 semi-autobiographical book by the same name. It follows Newt Winger, played by Kyle Johnson, a black teenager growing up in Kansas in the 1920s as the young adult navigates life-altering events in town.

Parks’ became the first African American person to direct a movie for a major film studio with The Learning Tree backed by Warner Bros. 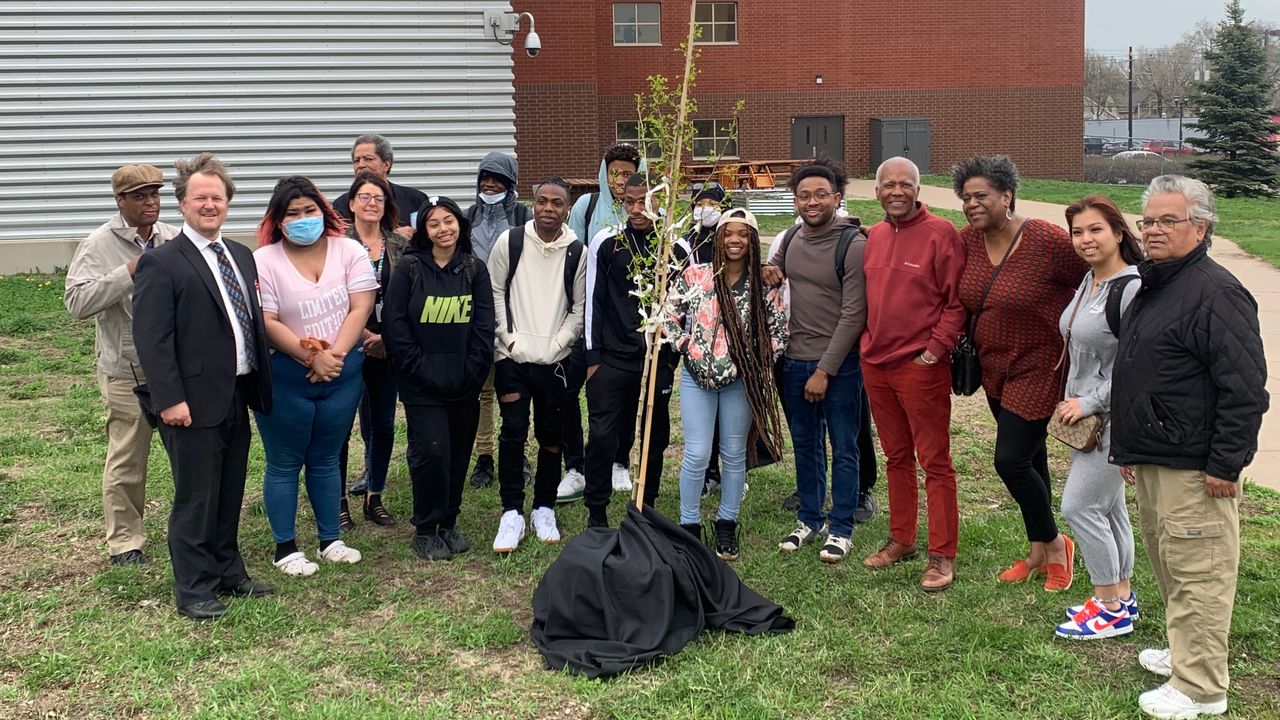 A group of students, staff, and actor Kyle Johnson at the dedication ceremony for the school's learning tree. (St. Paul Public Schools)

The film is part of the Criterion Collection.