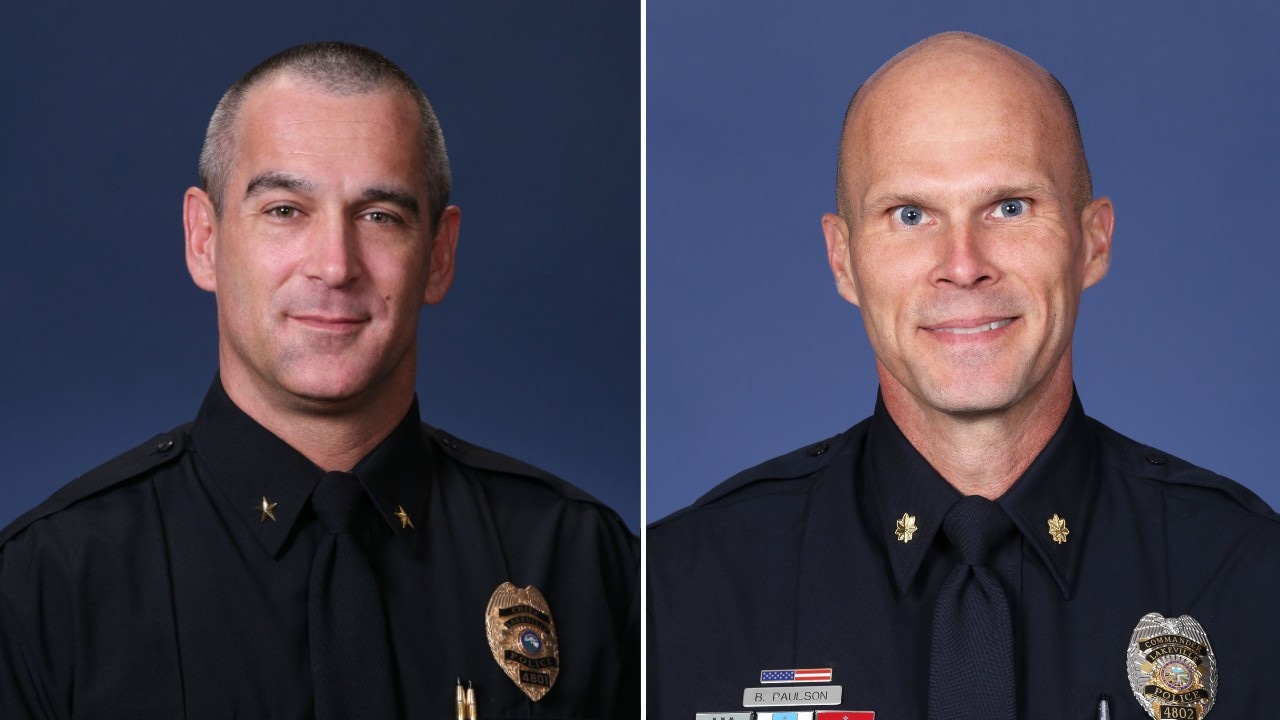 The city of Lakeville will soon have a new police chief.

Wednesday, the city announced that Lakeville Police Chief Jeff Long will retire on June 17 after 33 years in law enforcement — the last eight of which have been as the city’s police chief.

Long is credited with overseeing the department’s implementation of body and in-car cameras and less-lethal weapons, as well as several public safety initiatives.

“I am so appreciative of the support our community has shown,” Long said. “It is no secret that the last couple of years have been very turbulent for law enforcement. Despite that, rarely a day has gone by that we haven’t received a thank you note, had treats dropped off, or just simply received a kind wave of someone passing by.”

Paulson has worked in law enforcement for 22 years, including the past 20 with Lakeville Police.

“This is such a humbling and exciting opportunity for me, stepping into a position to lead an outstanding group of innovative, dedicated, and professional men and women that make up our agency,” Paulson said in a statement. “Day in and day out, I’ve had a front row seat to the amount and quality of work that gets done and I’m looking forward to continuing to mold these efforts to match the needs and desires of our growing community.”

“We are committed to keeping Lakeville one of the safest communities in the Metro area,” Lakeville City Administrator Justin Miller added. “First, we want to thank Chief Long for his years of service to Lakeville and his ability to adapt the department to match our fast-growing community. We are also happy to promote from within and name Commander Paulson to the role of chief. We know that he has a solid background in the community, as well as with the department. We know the bench strength within the department is strong and his ability to partner with the community will bring us the best in law enforcement and public safety.”