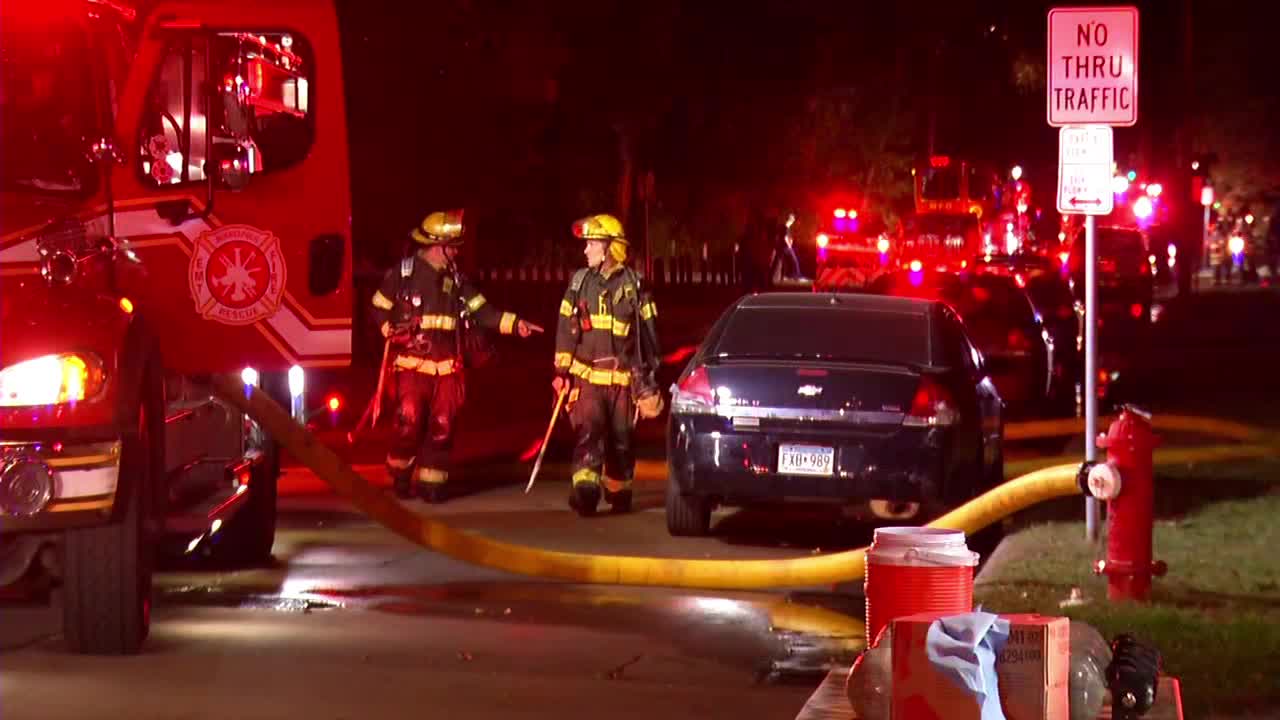 A fire truck is connected to a hydrant at the scene of a double house fire Saturday, Oct. 8, 2022, in north Minneapolis. (KSTP)

Officials say crews battled a fire that spread from one house to another Saturday evening in north Minneapolis.

According to the Minneapolis Fire Department, firefighters responded to a reported kitchen fire around 6:52 p.m. at a home on the 4700 block of Xerxes Avenue North. Heavy fire was showing from the home, and the flames had jumped to the outside of the house next door.

After searching the homes, firefighters laid lines and extinguished the fires at both houses. All occupants were able to get out safely, according to fire officials.

No injuries were reported, but a woman and a dog were displaced from the home where the fire began. That house has been deemed uninhabitable, the fire department said.