Police say a 12-year-old boy is expected to recover after he was shot in the back while playing basketball Monday night in Brooklyn Park.

According to the Brooklyn Park Police Department, the shooting happened around 8:30 p.m. at Zanewood Recreation Center near Zane and 71st avenues.

Officers arriving at the scene found the boy shot once in the back. Medics took him to the hospital in an ambulance, and his injury is not believed to be life-threatening, police said.

Law enforcement searched the area for the shooter, but no suspects were found.

A 5 EYEWITNESS NEWS camera captured officers in the rec center parking lot scouring for evidence around a Toyota Prius with the driver’s side window shot out. Off to the side, a basketball lay on the pavement next to shards of broken glass. 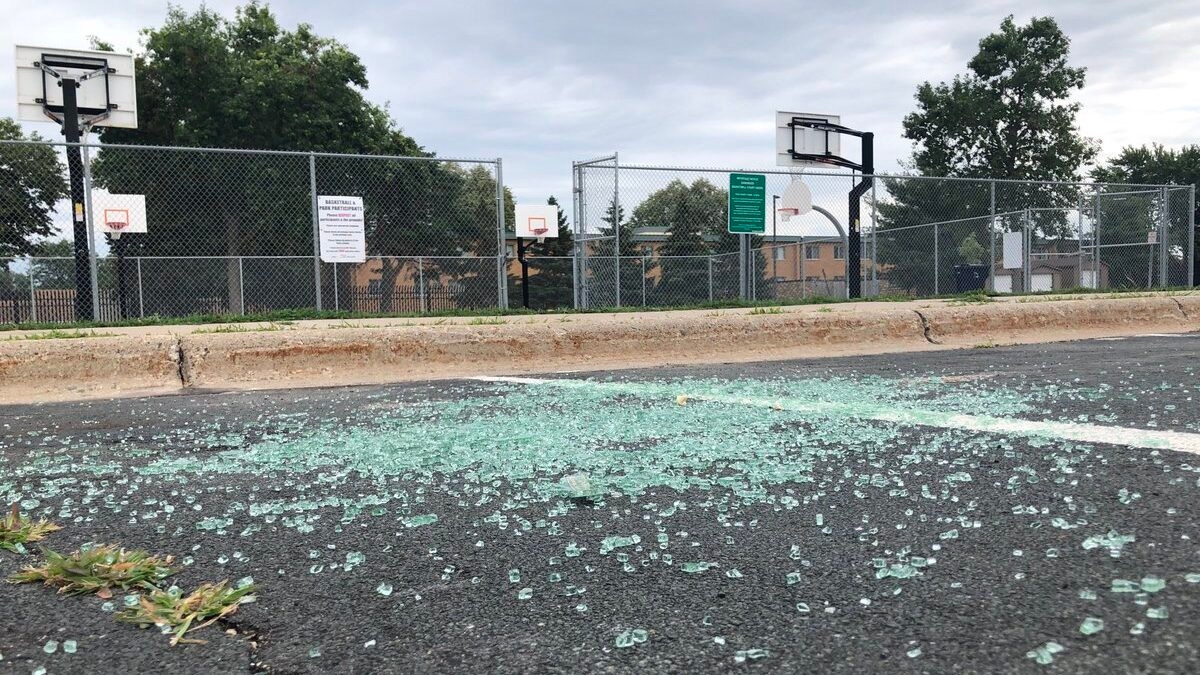 Investigators say security cameras show two people returning to the area after being involved in a dispute with others at the courts earlier in the evening. That’s when one person opened fire from across Zane Avenue, sending bullets through the parking lot and hitting the boy.

Bruley said police are having trouble getting some of the witnesses to talk.

“We can’t address what is happening in our community and the whole country alone,” Brooklyn Park Mayor Lisa Jacobson said.

Jacobson said the violence won’t stop until the community speaks up and gets involved with what is happening on the block.

“We need help, we need help from our residents in order for all of us to feel safe and be safe,” she said.

Deshawn Brown tried to enjoy the afternoon with his daughter at the park but said the shooting at the basketball court weighed on him.