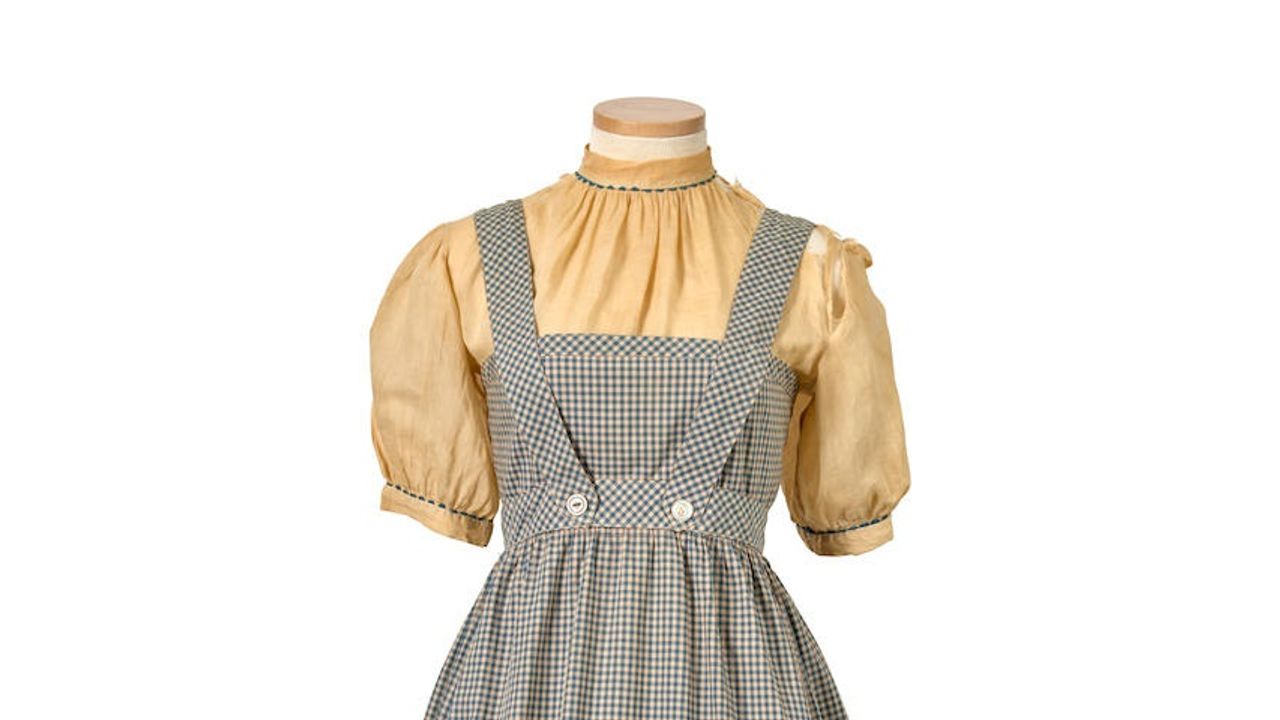 One of Judy Garland's dresses she wore during the filming of 'The Wizard of Oz'. Credit" Bonham's

One of the rare and iconic dresses worn by Grand Rapids, Minnesota, native Judy Garland while filming the ‘Wizard of Oz’ will be sold during an auction next month in Los Angeles.

The dress is scheduled to be sold during the Bonhams Classic Hollywood: Film and Television sale on May 24.

The dress—which is blue and white gingham—is one of only two existing dresses which kept the white blouse, and one of four blue and white dresses in existence, according to a news release.

Proceeds from the auction will benefit The Catholic University of America’s Department of Drama.

According to Bonhams, the dress was originally given to the school’s former Head of Drama by actress Mercedes McCambridge in 1973. It was then reported missing in the 1980s, but was recently discovered.