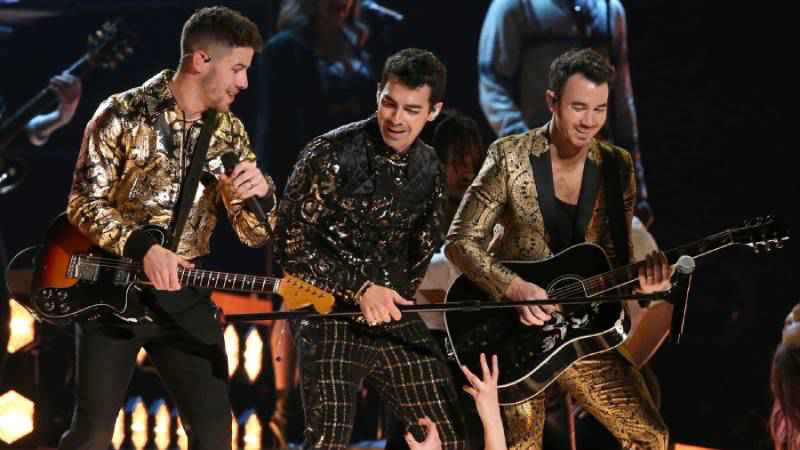 Nick Jonas, from left, Joe Jonas, and Kevin Jonas, of the Jonas Brothers, perform at the 62nd annual Grammy Awards on Sunday, Jan. 26, 2020, in Los Angeles.[Photo by Matt Sayles/Invision/AP]

The Jonas Brothers are bringing their "Remember This" tour to Minnesota.

The band will make an appearance at the Mystic Lake Amphitheater on Sept. 11. The show is set for 8 p.m.

According to a release, The Jonas Brothers took a six-year hiatus before releasing new music in 2019. The triple-platinum single "Sucker" debuted at No. 1 on Billboard’s Hot 100, becoming the first No. 1 for the band and the first No. 1 debut from a group this century. The band also released a documentary titled "Chasing Happiness" on Amazon Prime Video.

The Jonas Brothers won multiple awards in 2019 and 2020, including a Grammy nomination.