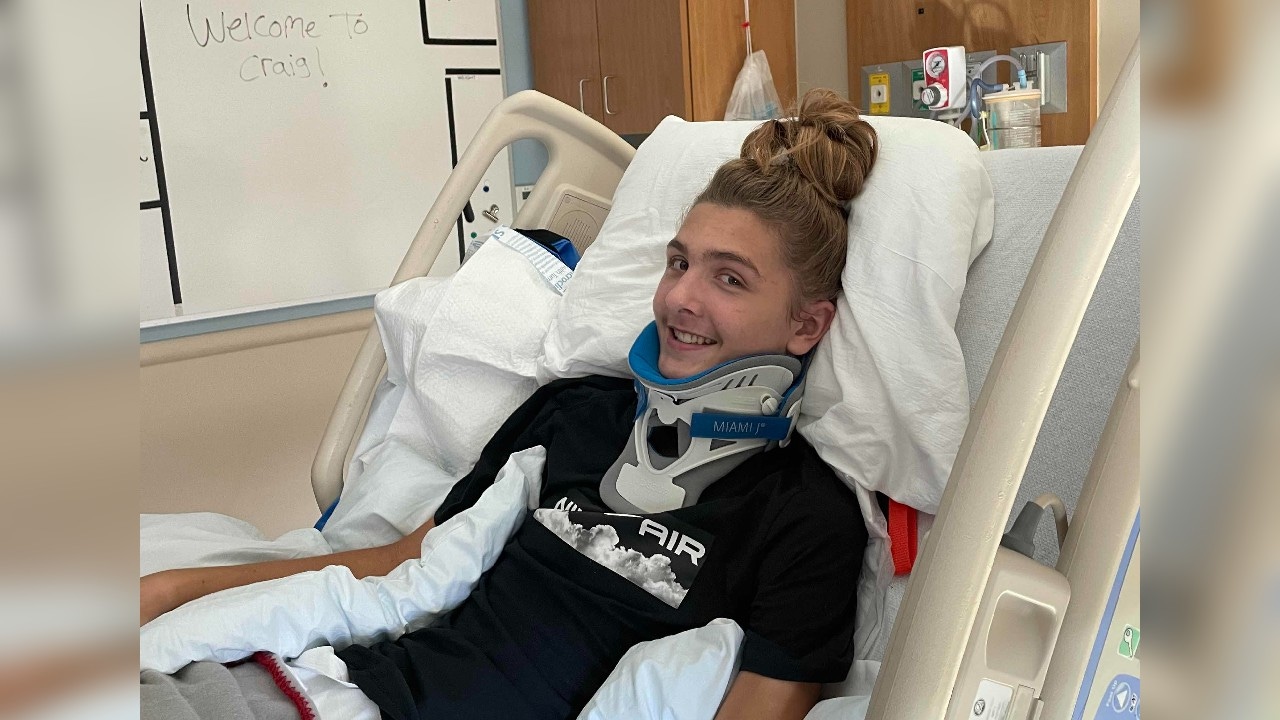 Ethan Glynn moved into his room at Craig Hospital in Denver on Sept. 29, 2022, as he starts his specialized rehab program. (Glynn Family)

The Bloomington Jefferson freshman football player who suffered a severe neck and spinal injury in a game has moved to a specialized treatment facility.

After 27 days at Hennepin Healthcare, Ethan Glynn’s family says he and his mother were flown to Denver, and he started rehab at Craig Hospital, which is known to have one of the best spinal cord programs in the country.

He spent Thursday and Friday meeting with his care and rehab team and settling into his room, the family’s update said, and he’s reportedly “loving everything about his new arrangement.”

Glynn suffered his injury during a game on Sept. 2. Since then, the community has rallied around Glynn and his family.

His football coach has said more freshmen joined the team in support of Glynn, “We say, ‘Play for each other,’ because that’s what Ethan would do. We tell the kids, ‘Let’s play like Ethan,'” coach Tim Carlson said.

Additionally, as of Friday, nearly $208,000 had been raised for the family via a GoFundMe.

“Ethan’s family continues to be extremely grateful for all of the messages and well wishes. They can’t say thank you enough for all of the support,” a spokesperson for the family said Friday.