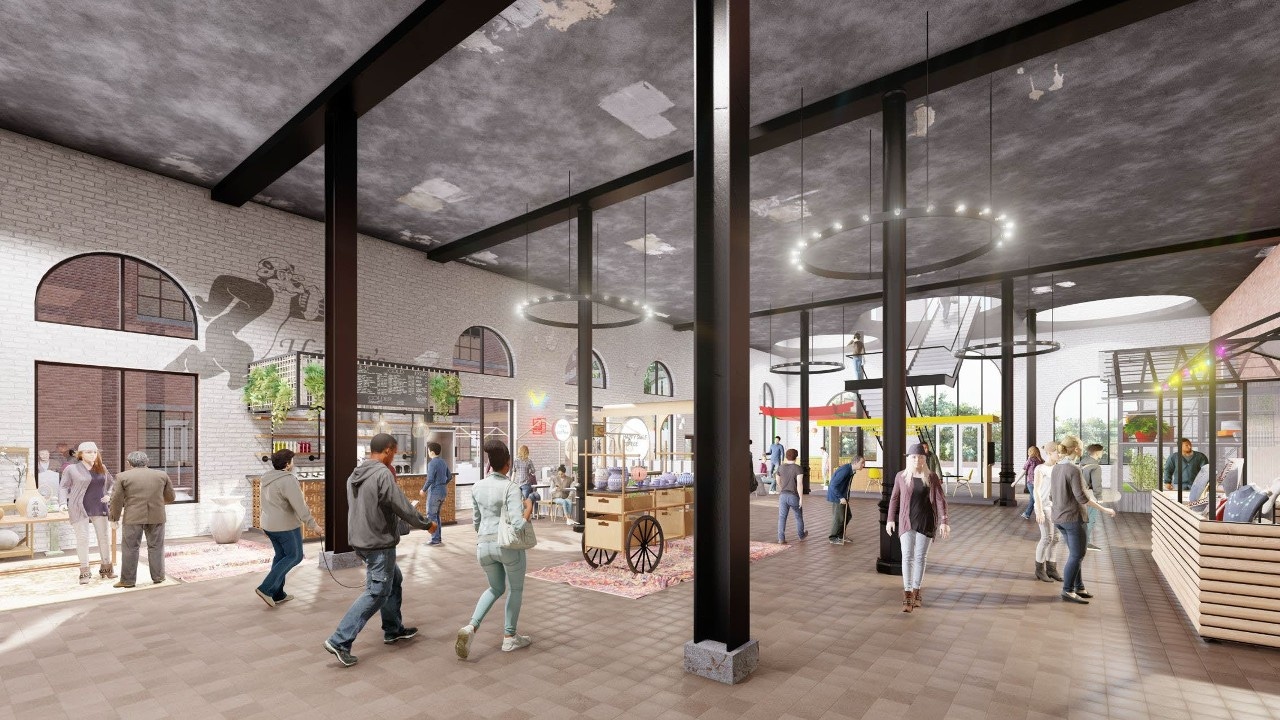 A rendering of JB Vang's proposal for the Hamm's Brewery redevelopment. (JB Vang Partners, Inc. via the City of St. Paul)

The St. Paul-based developer’s plan calls for 259 affordable housing units, 56,000 square feet of commercial space and a mix of built plazas and green space with access to Swede Hollow Park and the Bruce Vento Trail, according to a city news release.

JB Vang’s design “offered the largest number and greatest variety of affordable housing types” out of the five developers that submitted plans, the city said. It includes a mix of studios and one- and two-bedroom apartments in the existing brewery complex and additional ownership rowhomes and rental units in a new-construction building.

The city described the mix of residential and commercial uses as “opportunities for wealth building.”

City leaders lauded the project as an “anchor development” for the city’s East Side. The Hamm’s site is situated on Minnehaha Avenue East between Payne Avenue and Arcade Street — two streets that City Councilmember Jane Prince said “are undergoing their own successful revitalization efforts.”

“This project will restore what was once the beating heart of the East Side and create a thriving, vibrant destination in our neighborhood,” Prince said in a statement.

“From the beginning, the Hamm’s site has always been an anchor for the many communities that have passed through and called the East Side home,” JB Vang President and CEO J. Kou Vang said. “We are honored to have the opportunity to return this site to its place of prominence in the neighborhood.”

The HRA will officially decide on awarding the project to JB Vang next month.