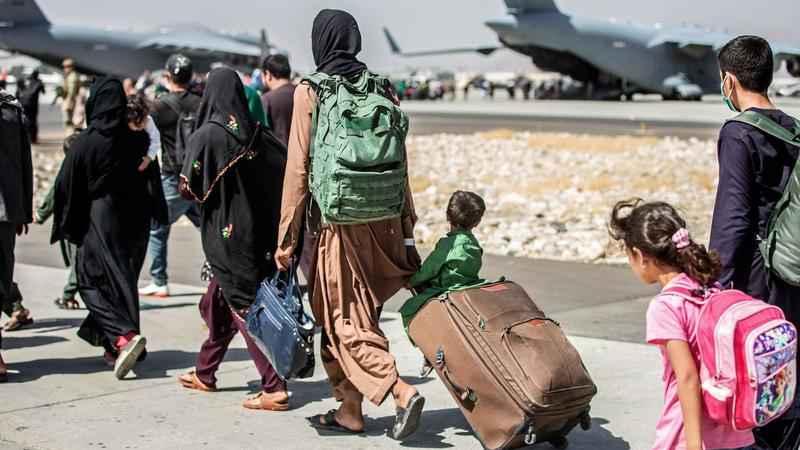 In this Aug. 24, 2021, file photo provided by the U.S. Marine Corps, families walk towards their flight during ongoing evacuations at Hamid Karzai International Airport, in Kabul, Afghanistan.[Sgt. Samuel Ruiz/U.S. Marine Corps via AP]

The Sioux City Journal reported Tuesday that about 30 members of the 185th Air Refueling Wing in Sioux City are being deployed.

About 35 others are from the 132nd Wing in Des Moines.

The Iowa members will be assigned to an undisclosed location in the U.S. to assist with Operation Allies Welcome, an effort to bring U.S. citizens home from Afghanistan and to resettle vulnerable Afghan refugees.

The Iowa National Guard said guard members will deploy for roughly 60 to 90 days starting next month.