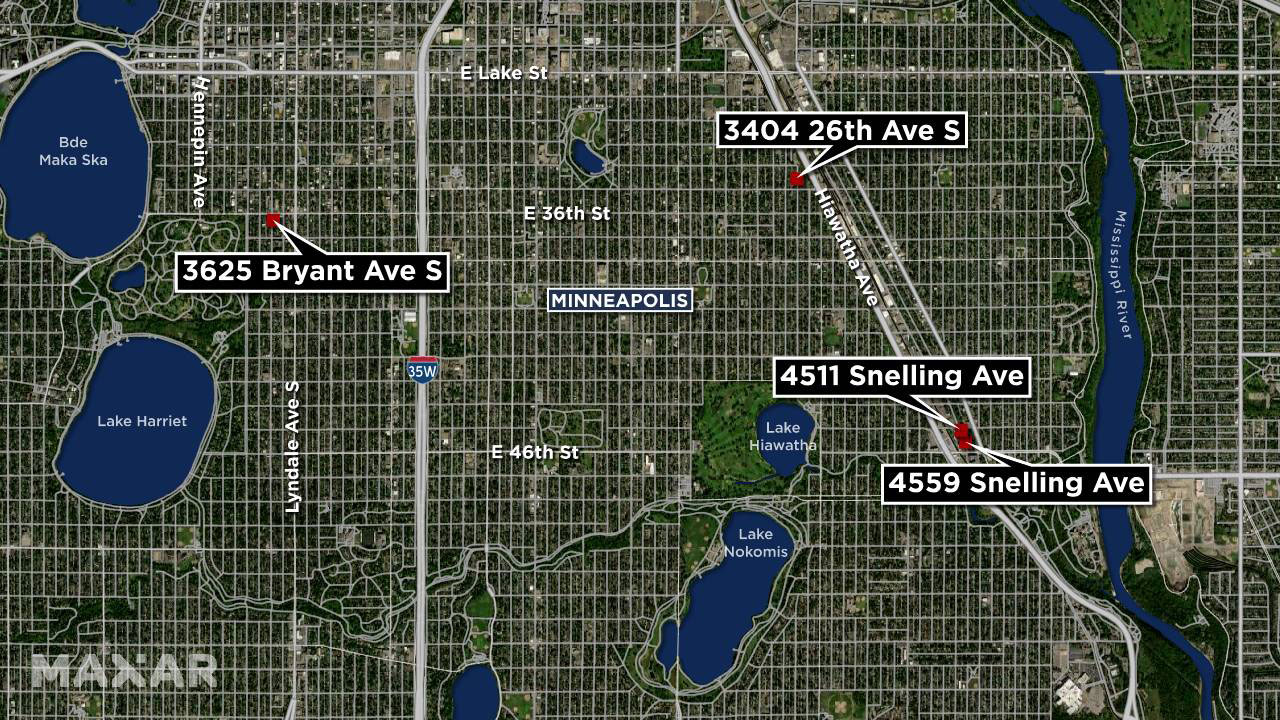 Minneapolis firefighters say they are investigating the causes of four garage fires that happened within a short amount of time in the city early Thursday morning.

Fire officials say no one was injured during the four separate fires, which all happened within 90 minutes of each other.

According to the Minneapolis Fire Department, crews were first called to a two-story, detached garage on the 3400 block of 26th Avenue South at about 5:50 a.m.

When they arrived, crews found smoke coming from the garage, as well as a small fire outside of the building.

No flames were found inside the garage, and the garage was left to the homeowner’s care.

Less than 20 minutes later, crews were called to a detached single-story garage on the 3600 block of Bryant Avenue South, around 6:06 a.m.

Firefighters found smoke coming from the building, and noted the door was closed. After forcing their way inside, fire officials say a small fire was found inside. Firefighters extinguished the flames.

Then, at about 6:45 a.m., firefighters were called to the 4500 block of Snelling Avenue for a garbage can and garage that were on fire.

By the time firefighters arrived, flames had extended to inside the garage, as well as the truck that was inside.

The fire was eventually extinguished, before they were called to another address on that same block at about 7:10 a.m.

There, firefighters found a single-story detached garage fully engulfed with flames. Crews were able to eventually extinguish the fire.

Due to the timeframe and proximity of multiple early morning fires, Minneapolis fire officials say police were requested to patrol the area.

As of this time, the Minneapolis Fire Department says there are no details regarding if any suspects have been found.