A family on a walk couldn’t have imagined that an ordinary walk would end up helping a South Minneapolis woman reunite with her beloved, stolen jacket.

The jacket has hundreds of pins and buttons detailing 15 years of memories for Julietta Borman. She told 5 EYEWITNESS NEWS that the pins commemorated a variety of milestones including Girl Scouts and when her husband proposed.

Borman posted on her Facebook in mid-September that her jacket was stolen from her car, begging for it to be returned because of the deep sentimental meaning of the more than 300 pins on it.

Alex Holzinger and Anne Gabrys were on a walk with their toddler when they saw a jacket covered in colorful pins and buttons in a dumpster.

“When we saw there were all the really cool buttons on it, we thought it looked pretty special and that somebody might be looking for it,” the couple said. 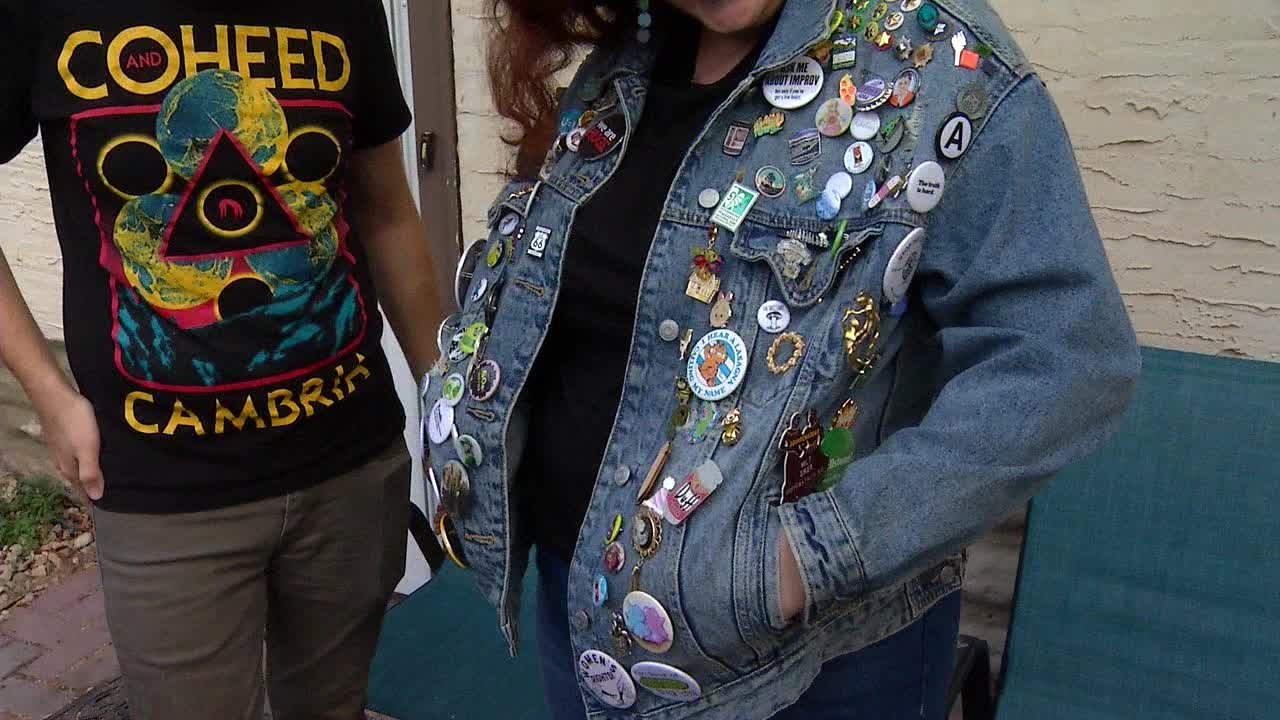 Eventually, people who had seen Borman’s post about her missing jacket also saw the post about the found jacket.

Borman was reunited with her jacket on Monday after the help of strangers on the internet helped her get connected with Holzinger.

“I was so happy,” Borman said. “I had no words. I’ve been walking around my house with the jacket on and I’ve been telling my cats and my husband like ‘it’s back!'”

Borman shared that she has no ill will against whoever took her jacket and said she is working on a similar one for her husband.

Holzinger and Gabrys say to keep your eyes peeled when you’re out and about because never know what you might find.