In Minnesota, suburban mayor is thrust into policing debate 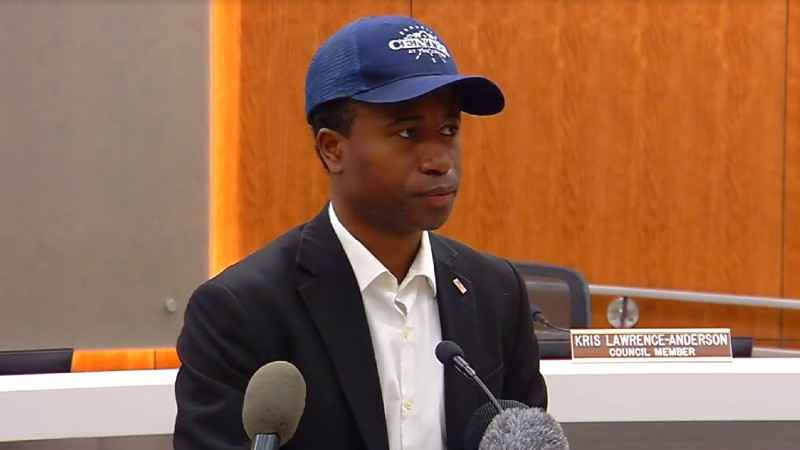 Mike Elliott is among many who celebrated his election as mayor of Brooklyn Center as the beginning of a new era, marking the first time one of Minnesota’s most racially diverse places would be led by a person of color. Elliott, a Black man who had emigrated from Liberia as a child, was almost giddy in talking about his plans for multicultural city hall.

"It’s incredible, it’s really incredible," Elliott said then of Hmong, African, Vietnamese and white residents living side-by-side in the inner-ring Minneapolis suburb’s working-class neighborhoods. He called his 2018 election "an opportunity for the great diversity of the city to have a voice at the table."

A little more than two years later the mayor is finding out just how difficult it is to turn the page on the nation’s racial history. The shooting of Daunte Wright, a Black man, by a white police officer has set off protests, political upheaval and painful reckoning about racism and representation in his small city. The debate echoes one that engulfed neighboring Minneapolis and many larger communities last year after the death of George Floyd. But in Brooklyn Center, it is playing out in a place where some believed they’d made progress — only to be thrust to front lines of the fight.

"It’s been very difficult for myself, for the community, to deal with the pain and the agony that comes from watching a young man be killed before our eyes," Elliott, 37, told reporters Tuesday.

Since the Sunday shooting, the mayor has become the face of this community’s struggle, which comes as a former Minneapolis police officer is on trial in the Floyd case.

Elliott has promised transparency and vowed accountability for Wright’s death. He’s calmly fielded scores of questions from activists pressing for answers and plans. He’s expressed empathy for the protesters who’ve clashed with police, and ventured out in the nighttime protest in protective gear to appeal for peace: "I could feel their pain. I could feel their anger. I could feel their fear," he said of this encounter.

Under pressure to swiftly fire the officer involved, Kim Potter, Elliott and the city council voted to fire the city manager, and give control of the police department to the mayor. On Tuesday, Potter and the police chief resigned. Elliot made clear the city already had been moving toward firing Potter. He said he hoped her departure would "bring some calm to the community."

But the mayor also has acknowledged systemic sources of the distrust between residents and police in his city. Of the roughly 50 sworn officers on the city’s force, "very few" are people of color and none live in Brooklyn Center, he said, acknowledging he saw the latter as a clear problem.

"There is a huge importance to having a significant number of your officers living in the community where they serve," he said.

The racial gapin not uncommon in suburban police departments, but is especially stark in Brooklyn Center, one of a nation’s many rapidly diversifying suburbs. About 45% of the roughly 31,000 residents are white, according to Census figures. Minneapolis, meanwhile, is 63% white.

The city has long drawn families from Minneapolis’ historically Black north side neighborhood. But over the past two decades, Brooklyn Center has become home to thousands of immigrants from Laos, Vietnam and West Africa in search of affordable homes, good schools and community. Nearly a quarter of its residents are foreign born.

"It’s the future face of America," said Rep. Samantha Vang, a Hmong-American and Democrat who represents Brooklyn Center in the Minnesota House of Representatives.

Elliott, who fled civil war in Liberia with his grandmother, is part of the migration story. He landed in Brooklyn Center, already a hub Liberian of immigrants, as a middle schooler, according to friend and mentor George Larson, a former principal at Brooklyn Center High School.

Elliott told Larson he wanted to be secretary general of the United Nations. He participated in student government, organized volunteering projects and planned a prom. In 2010, he graduated from Hamline University in St. Paul with a degree in international management and a minor in political science. Elliott started a translation company and tutoring nonprofit before running for office.

"He had the leadership gene from the get go," Larson said.

Elliott lost his first bid, but won the mayor’s office in 2018, defeating an incumbent who’d served for a decade. In an interview with Minnesota Public Radio, he set some modest goals for a community that struggled to attract businesses.

At the end of his term, he hoped his city would be celebrating the arrival a movie theater, a grocery store co-op and "some nice sit-down restaurants," he said. He talked about starting a festival that could celebrate the city’s many cultures and spark some connections.

There are signs of progress. A labor organizer and former Brooklyn Center City Council candidate, Alfreda Daniels Juasemai, ran for office last year after noticing a "disconnect" between Brooklyn Center city officials and the city’s residents, she said. Most, if not all, unelected city staff and police officers don’t live in the city, and residents only see city council members during Halloween when they pass out campaign literature as they take their children trick-or-treating, she said.

Daniels Juasemai said Elliott is "trying his best" to change that through efforts like knocking on doors and asking residents how they’re doing, or encouraging community members to attend city council meetings.

Having a mayor that looks like many of his constituents fosters an understanding that was absent before Elliott was elected, she said.

"It’s easier for people in the city to connect with him, especially people within the Black and brown community, about the issues that are happening whether it’s in the city or the country and how we can use that to make Brooklyn Center a better place," she said.