Ice out declared on Lake Minnetonka 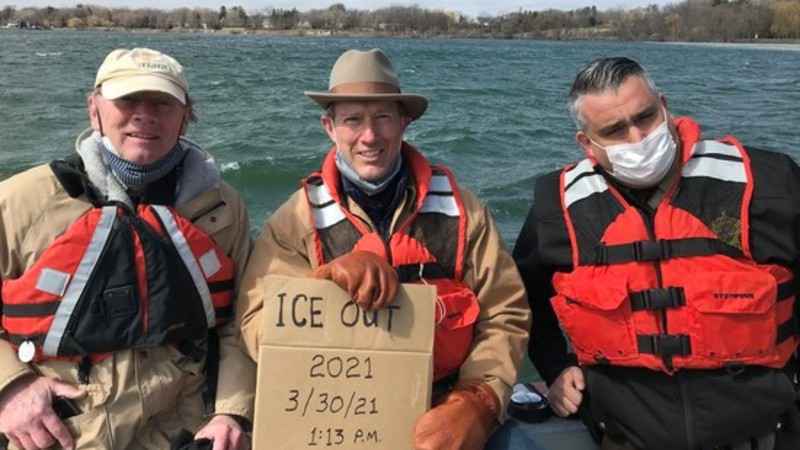 The sheriff’s office said its Water Patrol unit regularly checks ice thickness on the lake and was able to safely pilot a boat through all the lake’s channels and bays without being obstructed by ice on Tuesday.

"We understand that people are ready to get outside and enjoy themselves after a long and difficult year," Hennepin County Sheriff David Hutchinson said. "We’re encouraging everyone who wants to get out onto the lake to remember both general pandemic safety and water safety. We want people to get out and take advantage of the natural resources Hennepin County has to offer, but we want everyone to do so responsibly."

The sheriff’s office is still urging boaters to be safe and wear life jackets when out on the water, as many navigational buoys aren’t yet in place and water temperatures are still very cold.

According to the sheriff’s office, the average "ice out" declaration happens around April 13. The record for earliest was March 11, 1878, while the latest on record was May 5, 2018.