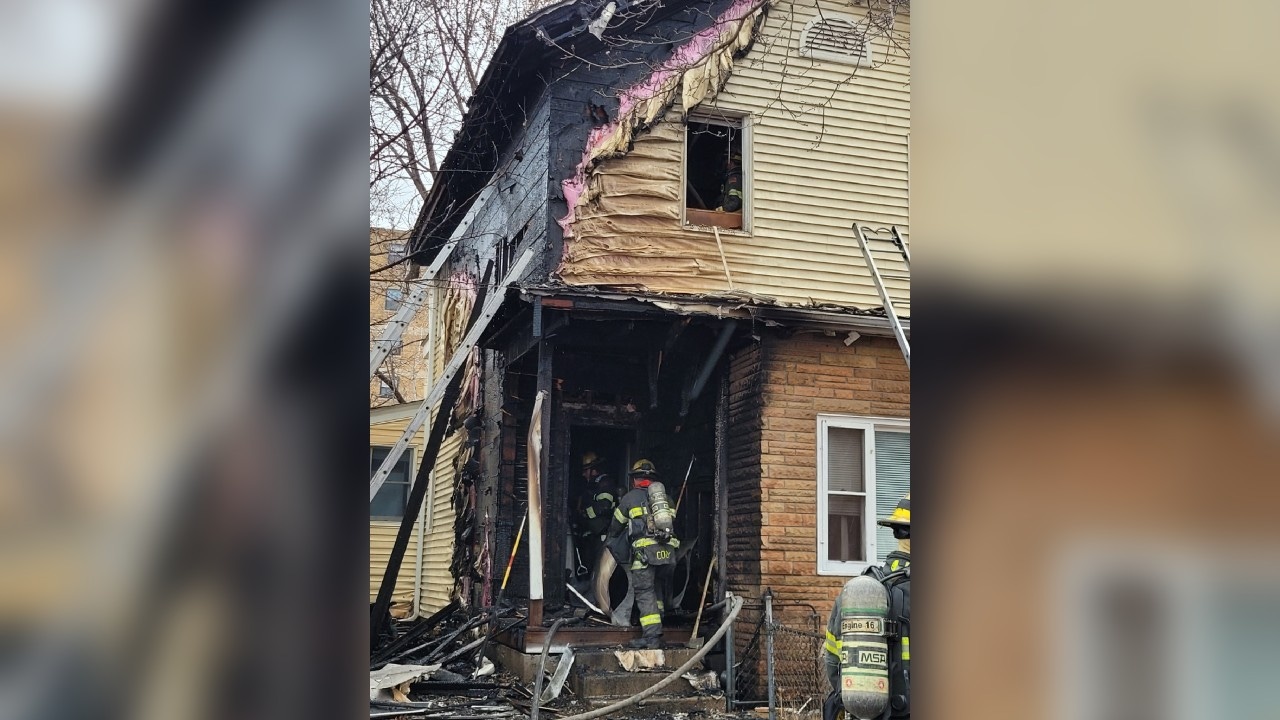 A home is damaged after a fire in Minneapolis on April 12, 2022. (Minneapolis Fire Department)

A home is uninhabitable after a fire Tuesday afternoon in the Marcy-Holmes neighborhood of Minneapolis.

The Minneapolis Fire Department says crews responded to a report of a porch fire at a home in the 700 block of Second Avenue Southeast at around 2:20 p.m.

Responding firefighters found heavy flames on the front porch that extended to the second floor and the attic.

The fire was upgraded to a second alarm for extra personnel and equipment, and crews were then able to extinguish the fire. However, the house was significantly damaged and deemed uninhabitable.

Nobody was reported to be in the home at the time, and the homeowner later arrived at the scene and opted to handle boarding up the home.

The department noted a neighboring home had some minor damage to siding from the fire, which remains under investigation.