The Minnesota Bureau of Criminal Apprehension reported the Minnesota Fusion Center is tracking the reports and is “keeping local law enforcement apprised of the situation.” As of Wednesday afternoon, the agency said at least 14 communities had confirmed swatting incidents, with others possibly still unaccounted for.

According to the BCA, states across the nation have experienced similar “mass swatting attempts.”

Investigators currently believe all of the calls came from the same person, the BCA says.

In St. Paul, a St. Paul Public Schools spokesperson says a false report made at Johnson High School caused a precautionary lockdown but there was no sign of an active threat after police searched the area.

“While there was no active threat or weapon, we want to clearly reinforce that weapons are not allowed in any Saint Paul Public School,” Superintendent Joe Gothard said in a statement. “False threats of acts of violence are also prohibited, and there are serious consequences.” 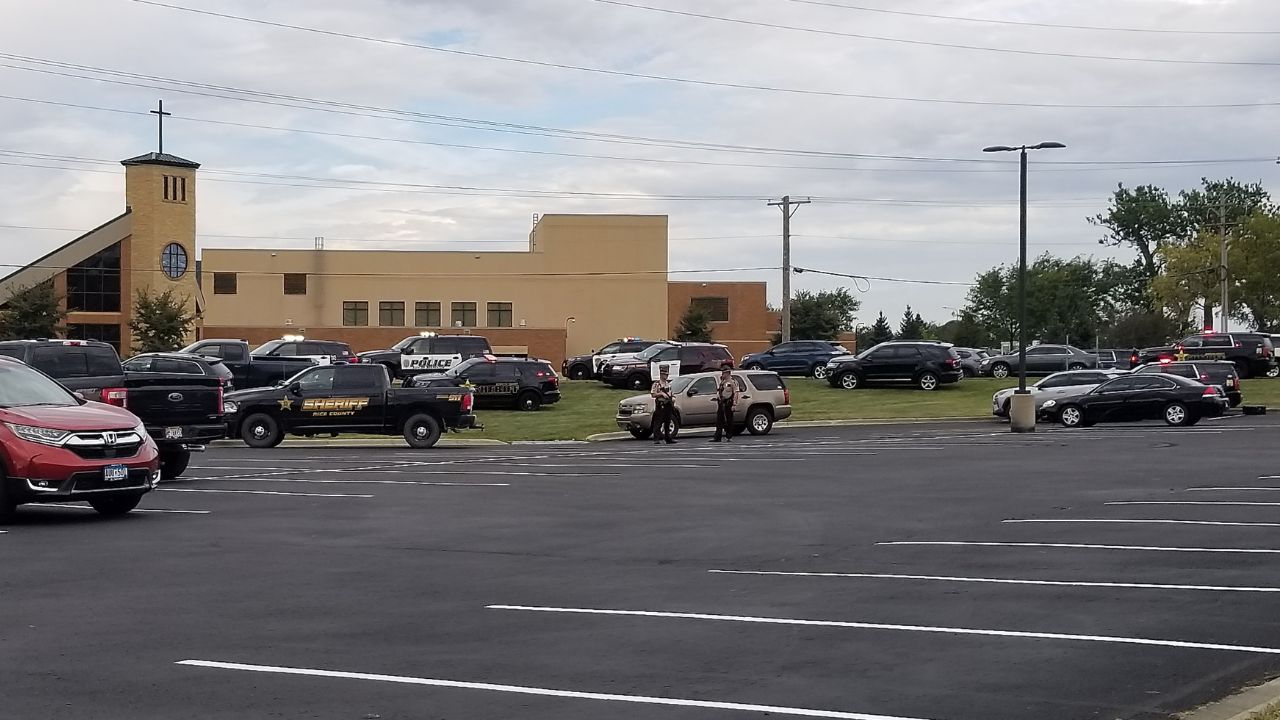 Police could be seen outside of Lourdes High School in Rochester Wednesday morning as part of a response to what was initially reported as an active shooter. Credit: KAAL-TV

Gothard stated safety concerns can be submitted via the tipline on the MySPPS app or online here.

“Unfortunately, disruptive prank calls such as this have become a national trend,” Sgt. David McCabe told 5 EYEWITNESS NEWS. “States like Texas, Virginia, and California have reported multiple calls of fake active shooter or mass casualty events at schools. This incident at Johnson High School is suspected to be part of that trend and is under investigation by the Saint Paul Police.”

Meanwhile, a Minneapolis Public Schools spokesperson confirmed a false report was made of an active shooter at Washburn High School.

According to the spokesperson, several officers responded and searched the school. They confirmed there was no threat inside or outside the school.

Other communities that had confirmed swatting incidents Wednesday, according to the BCA, are:

Additionally, St. Cloud police and Albert Lea Area Schools confirmed swatting incidents. The BCA clarified Thursday that a Rosemount swatting incident was initially reported to the agency on Wednesday but actually happened several days earlier and isn’t believed to be related to the others.

School leaders say they were thankful for the quick response from law enforcement.

The BCA stated it is reminding students and community members to utilize the See It Say It Send It app to notify authorities about suspected threats. Learn more about the app here.

“The FBI is aware of the numerous swatting incidents wherein a report of an active shooter at a school is made. The FBI takes swatting very seriously because it puts innocent people at risk. While we have no information to indicate a specific and credible threat, we will continue to work with our local, state, and federal law enforcement partners to gather, share, and act upon threat information as it comes to our attention. We urge the public to remain vigilant, and report any and all suspicious activity and/or individuals to law enforcement immediately.“