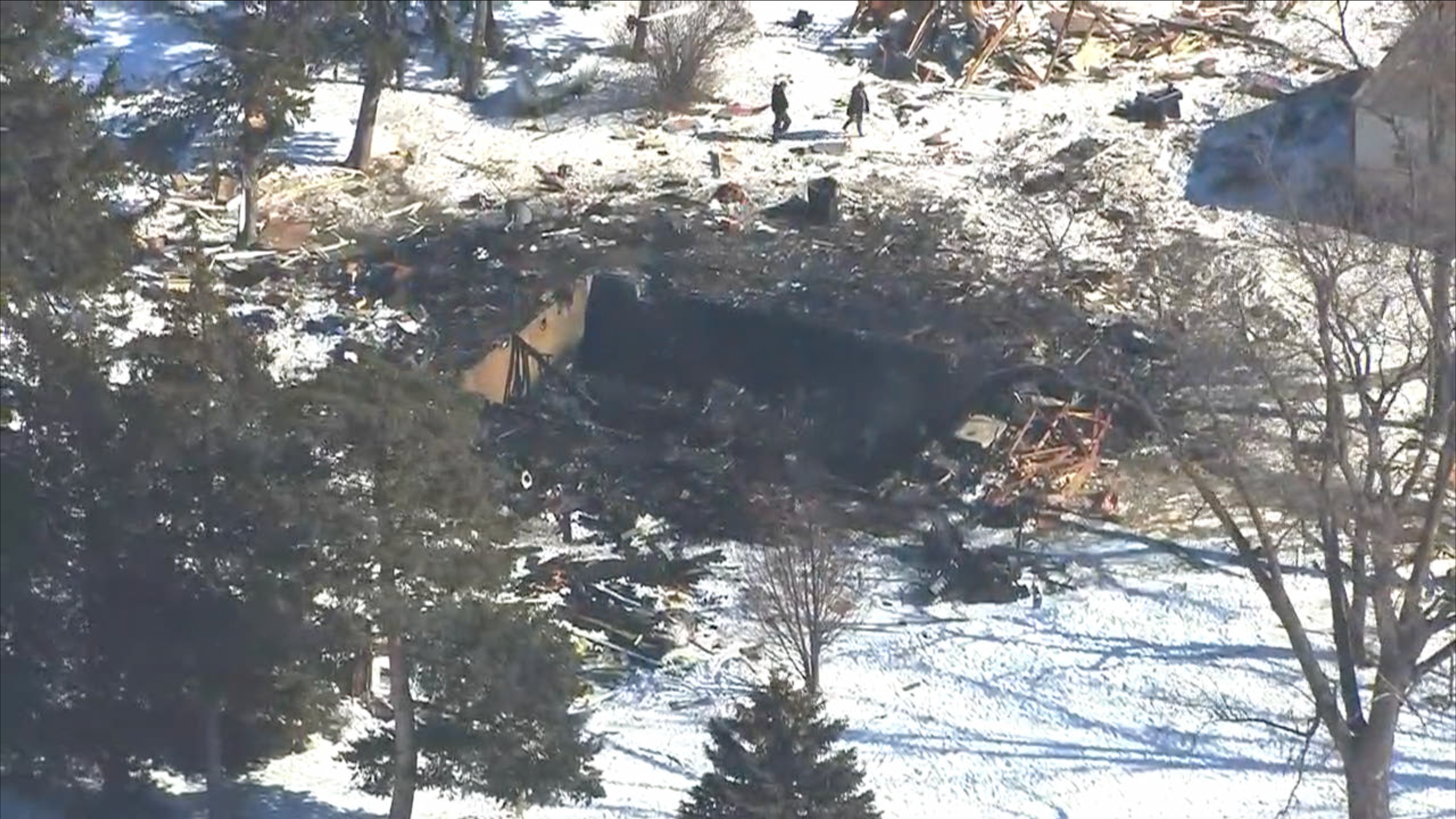 Aerial footage shows the charred remains of a home on Sunday, Feb. 27, 2022, the day after it exploded near Le Center, Minnesota. A deceased woman was found in the basement of the wrecked house.

Authorities say a home explosion that killed a 20-year-old woman in Le Sueur County in February happened because of a leak in a gas line.

The explosion killed 20-year-old Kailey Lynn Mach, who was house-sitting on Feb. 26 when it happened.

Aerial footage showed the home reduced to a charred hole in the ground with debris scattered for hundreds of feet all around.

According to the sheriff’s office, testing revealed a leak in the gas line to the home that allowed gas to leak into the ground, to the basement foundation and into the basement level, where it built up and then was ignited.