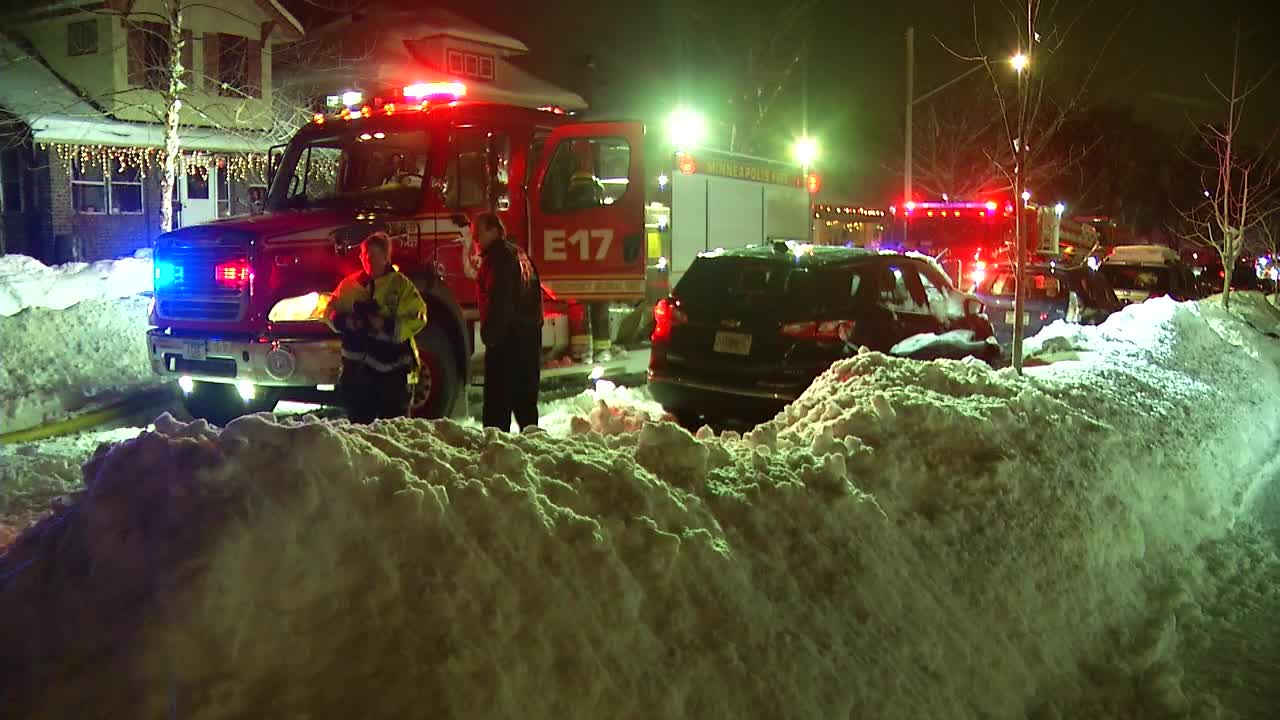 Minneapolis firefighters work to put out a house fire Thursday, Jan. 5, 2023, on the 4000 block of Garfield Avenue. (KSTP)

Unplowed side streets presented a challenge for firefighters responding to a house fire Thursday in south Minneapolis.

According to the Minneapolis Fire Department, crews responded to a house fire on the 4000 block of Garfield Avenue around 5:18 p.m. Flames were visible from the basement of the two-and-a-half-story home.

Battalion Chief Scott Coffey told 5 EYEWITNESS NEWS that firefighters had to dig through a snow bank to access a fire hydrant and encountered some difficulty navigating neighborhood streets still thick with snow.

“Luckily we were able to get a full complement of crews out here before it got worse,” Coffey said.

All of the residents were able to make it out, the fire department said, and firefighters were able to extinguish the basement blaze with “minimal” spread to the upper floors.

No people were harmed, but Coffey said some pets perished in the fire.

The house was deemed uninhabitable, and the cause of the fire remains under investigation.