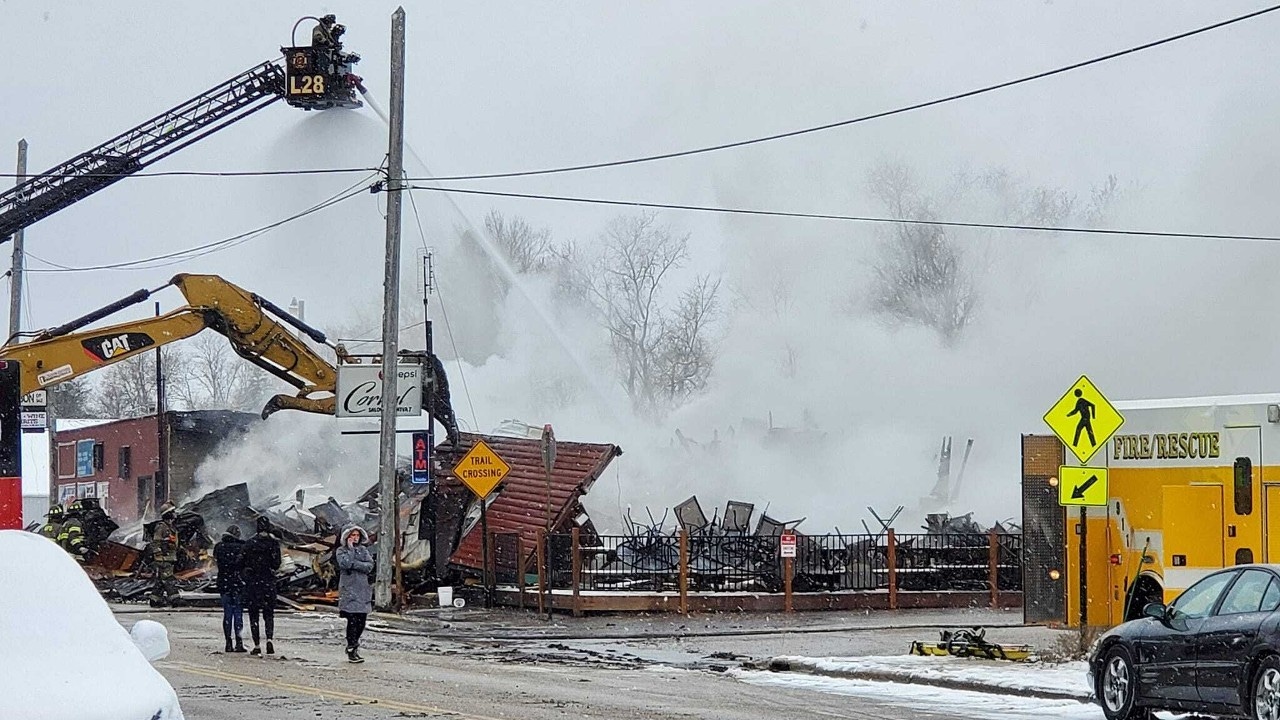 Firefighters work to extinguish a fire at Corral Saloon and Eatery on Monday, Nov. 14, 2022, in Nelson, Minnesota. (Courtesy of Tyler Williams)

A restaurant in Nelson, Minnesota, has been deemed a total loss after a fire broke out Monday morning, fire officials said.

According to Osakis Fire Chief Craig Dropik, crews responded to a report of a fire around 10:44 a.m. at Corral Saloon and Eatery. Flames and heavy smoke were already consuming the rear of the building when firefighters arrived.

No one was inside the restaurant at the time of the fire, and no injuries were reported, Dropik said.

Smoke damaged the off-sale liquor store next door, according to Dropik.

Photos from a witness show firefighters hosing down the crumbled and smoking remains from a ladder truck. Only the detached sign was left standing.

“We are devastated and working through processing everything tonight. We will give an update later tonight or tomorrow,” Corral co-owner Sue Hawkinson said in a statement Monday.

Nelson is a small town just a few miles east of Alexandria. Crews from neighboring towns responded to the blaze, including the Alexandria, Forada and Carlos fire departments.

Dropik said it’s unclear how and where the fire started.