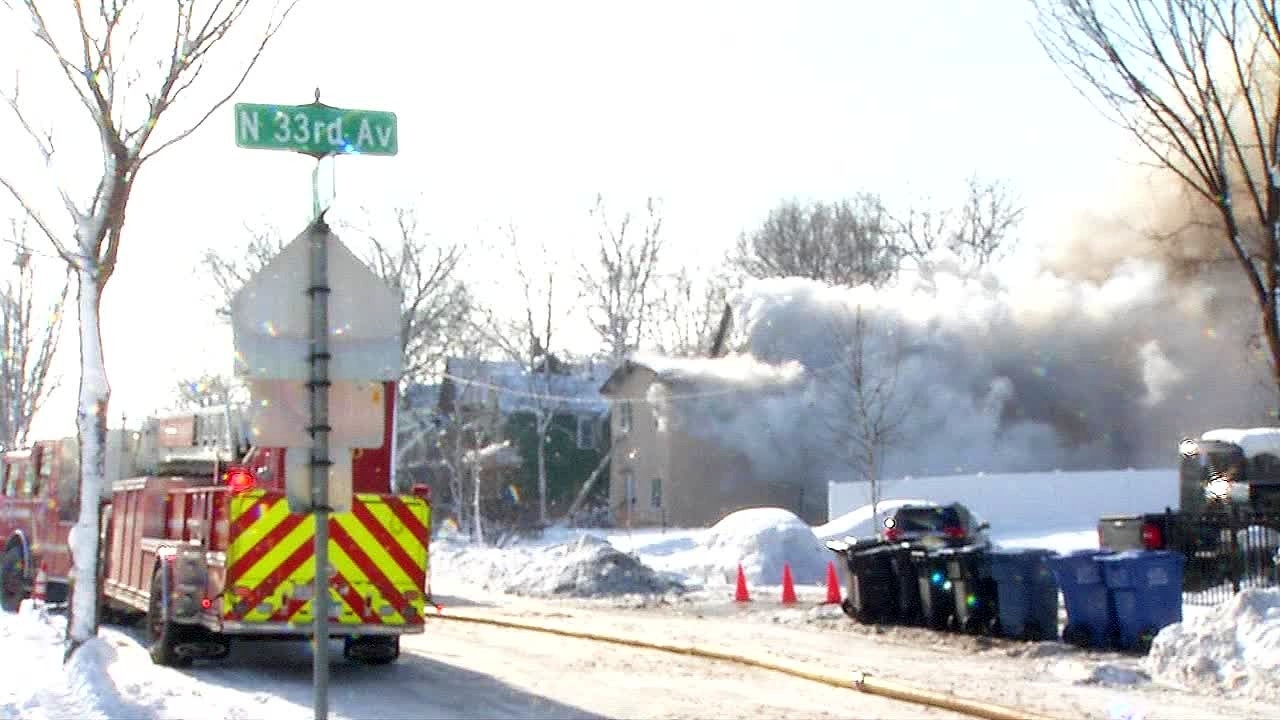 Smoke is seen coming from a home near 33rd Avenue and Fourth Street North in Minneapolis as firefighters work to extinguish the fire on Jan. 9, 2023. (KSTP-TV)

A vacant North Minneapolis home was damaged by a fire Monday morning.

The Minneapolis Fire Department says crews were called to the reportedly vacant home near 33rd Avenue and Fourth Street North just after 11 a.m. Upon arrival, Firefighters saw heavy smoke coming from the building.

Crews searched the home and quickly upgraded the call to a second alarm for extra equipment and personnel.

Eventually, responders put out the fire, but not before flames extended to the second floor and attic.

No one was hurt, the department says.

Responders shut off utilities and boarded up the building. The fire department is investigating.