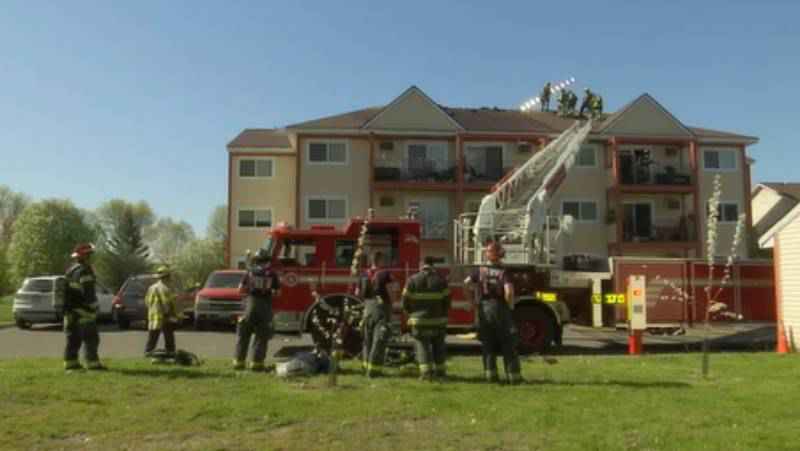 Minneapolis Fire crews at the scene of an apartment fire on May 12, 2021.[KSTP]

The Minneapolis Fire Department is investigating a fire that happened at a residential building Wednesday morning.

According to the fire department, at about 8:28 a.m. crews responded to a 3 1/2-story, 18-unit residential apartment building on the 1300 block of Irving Avenue North. Upon arrival, crews found fire showing from a third-story apartment unit. Crews laid lines to the fire, evacuated the building and searched for victims.

The fire extended from the initial apartment unit to two other apartments and into the shared attic space. A second and third alarm was called for additional personnel and equipment. After a search, crews determined the building was clear and that all residents were out of the building.

One resident reported a minor injury. A firefighter was also treated at the scene for overexertion but was released back to work.

It is unknown at this time what started the fire or how many of the 18 apartments are uninhabitable. Red Cross was called to assist all 18 families, a combined total of 39 adults and children, until the final determination is made.

The cause of the fire and evaluation of the building is under investigation.