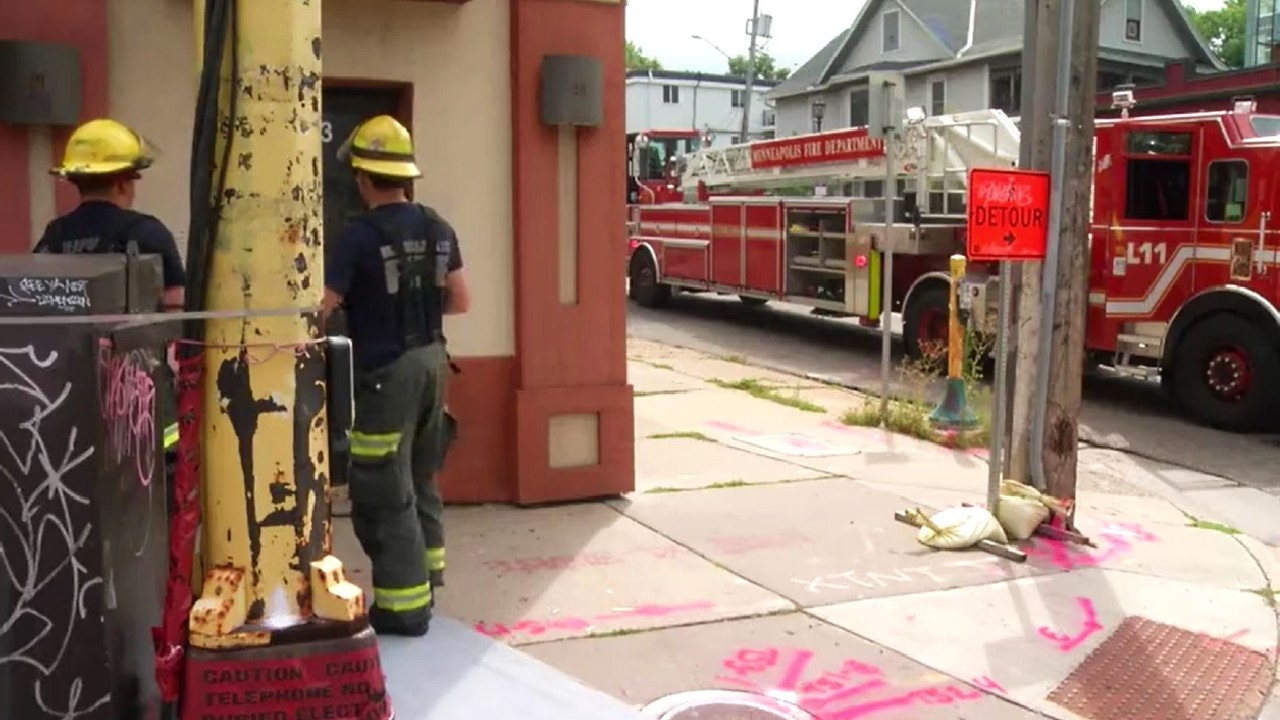 Firefighters at the scene of a fire at the former Rudolphs Bar-B-Que in south Minneapolis on Aug. 19, 2022. (KSTP-TV)

Authorities are investigating a fire at the former Rudolphs Bar-B-Que in south Minneapolis.

Firefighters were called to the now-vacant and boarded building, located on the corner of Lyndale Avenue South and West Franklin Avenue, at around 10:09 a.m. Once there, crews reported seeing heavy smoke and fire in the back of the building.

The Minneapolis Fire Department says it appeared that squatters had made an encampment at the rear of the building. Crews searched the add-on structure but found nobody else inside.

Firefighters were then able to extinguish the flames.

According to the department, the fire didn’t extend to the inside of the main building, just the add-on structure.